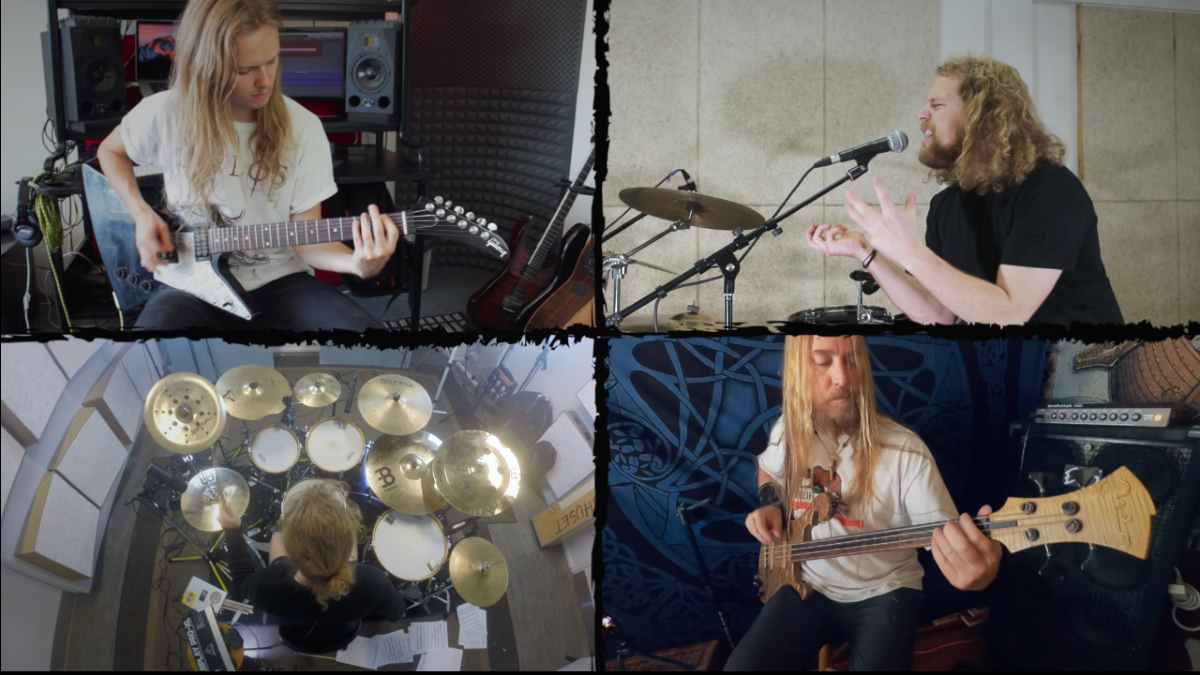 Mother of All have released a playthrough video for their new single "We Don't Agree". The track comes from their forthcoming debut album, "Age Of Solipsist", which comes out on June 11th.

Di Giorgio has this to say about the song: "This one was tricky and a bit complex, yet flowed in a good way. It's brutal yet no loss of the melodic soul, which keeps it musical. Felt aggressive in nature but has a catchy rhythmic bounce that kept me focused in the low-end realm nicely. Some nice chops going on in this one too, but it's short 'n sweet, which gives it a slight hardcore edge too. Really fun to participate in a trio format. I think the honesty of the organic instruments comes thru more...I think you'll agree!"

Jensen said, "This song is one of my favorites from the album. The way it combines the fast blast beat sections and the thrashy groove, that kicks in halfway through, makes it fun and exciting to both listen to and play!"

Haumann added, "So many different elements in this song that you wouldn't expect from a pure death metal approach... and definitely a challenge to play and scream." Watch the video below:

News > Mother Of All