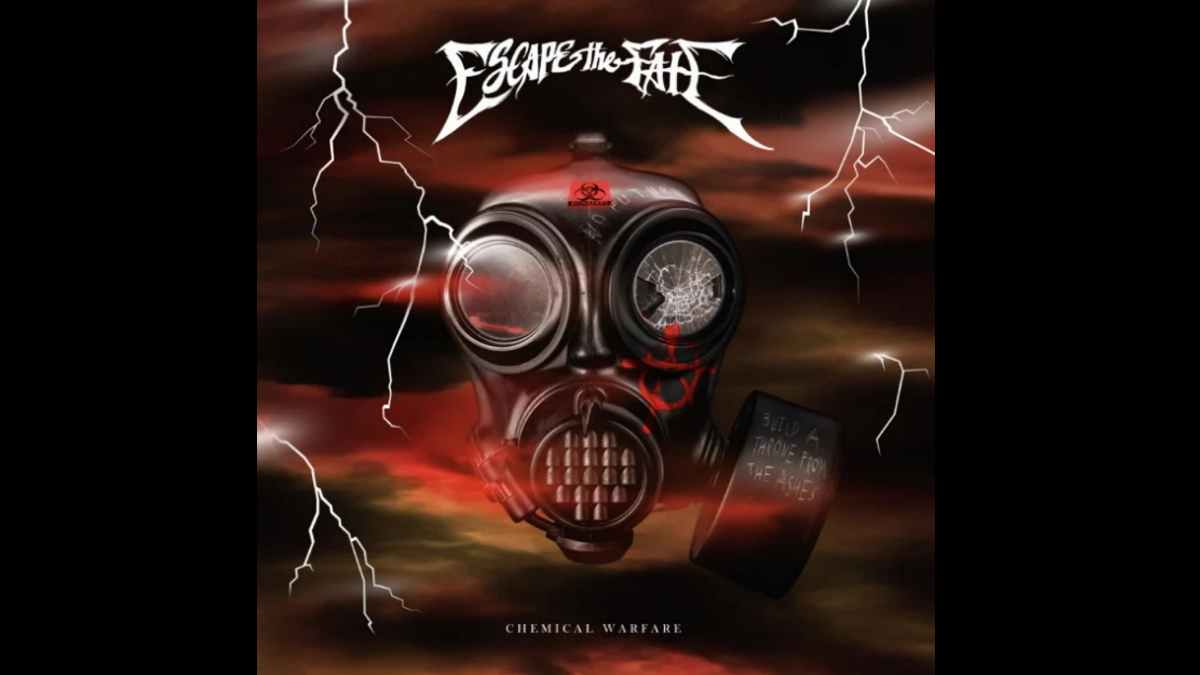 Escape The Fate have released a video for their new track "Lightning Strike", which features Blink-182's Travis Barker on drums and comes from their new album "Chemical Warfare".

The band had this to say about the track, "This is a psych-up song. It's heavy and light, fun yet meaningful - capturing that universal feeling of wanting to trap lightning in a bottle. We hope listeners will feel inspired to take control of whatever chaos is haunting them as they listen to this one."

The album was coproduced by John Feldmann (Blink-182, Panic! At The Disco, The Used) and lead guitarist Kevin "Thrasher" Gruft. The group had this to say about the record, "This album marks a new, empowering chapter for us as a band. As artists, it's our responsibility to capture the truth with our music.

"This project is our most honest and authentic to date: reflective and loud, all encompassing of the beautiful contradictions that music allows. We loved working with our collaborators, including our super producer John, and our talented friends Travis and Lindsey.

"We can't wait for our fans to experience this body of work in full, and hopefully together with us in person soon when live music can be experienced as it should, safely with our guards down and the volume up." Watch the video below:

Escape The Fate Recruit Travis Barker For 'Not My Problem'