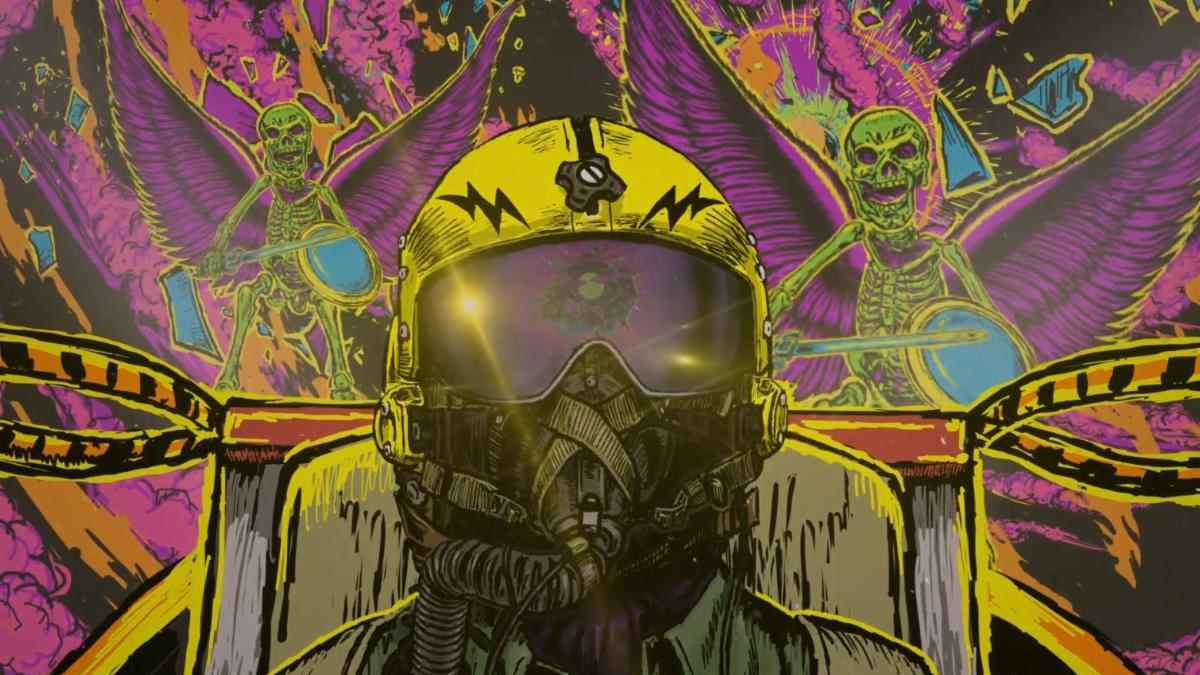 Monster Magnet have released a music video for their take on the classic Dust track, "Learning To Die." The song comes from the band's forthcoming covers album, "A Better Dystopia", which will arrive on May 21st.

Frontman Dave Wyndorf had this to say about the new cover, "'Learning To Die' blew me away when I was 15 and it still blows me away. Man, do I LOVE to sing this song. Dust was one of the greats."

He also explained how the covers project came about, "We all agreed that we would be bored out of our minds within a month of lockdown. Monster Magnet loves the road. It's a lifestyle. So, I considered our options. Rather than panhandle on the internet, hawking masks and Zoom-rocking practice sessions for dollars, I suggested we record a "bunker record". A total DIY affair (band only) recorded and mixed in Bob Pantella's small but potent Freak Shop Studios/rehearsal space right here in New Jersey. But what to record?

"I didn't feel much like writing, but working on anything was better than watching the news as hospitals filled up, people died, and American politics went bat-sh*t crazy. The world roared "Dystopia! Apocalypse! Revolution!". I'd heard those words before, and they brought to mind my childhood in the late 60's/early 70's... and the music... and short playlist of songs (just one of many) that I'd been carrying around with me on my whatever device to listen to before shows. Of course, these tunes have also been in my head for more or less my whole life. These were not the popular hits of the time.

"This was like a playlist from the 4th dimension... strange bits of musical obscurity, mostly dredged up from that inglorious and freaky 'twilight zone' time that preceded Arena Rock, Heavy Metal, Reggae and Disco. A no-man's land of hard rock that still had remnants of psychedelia and garage punk but had abandoned any notion of 'flower power' or frat house fun. And of course, they rocked. Yeah, these songs were it." Watch the video below: