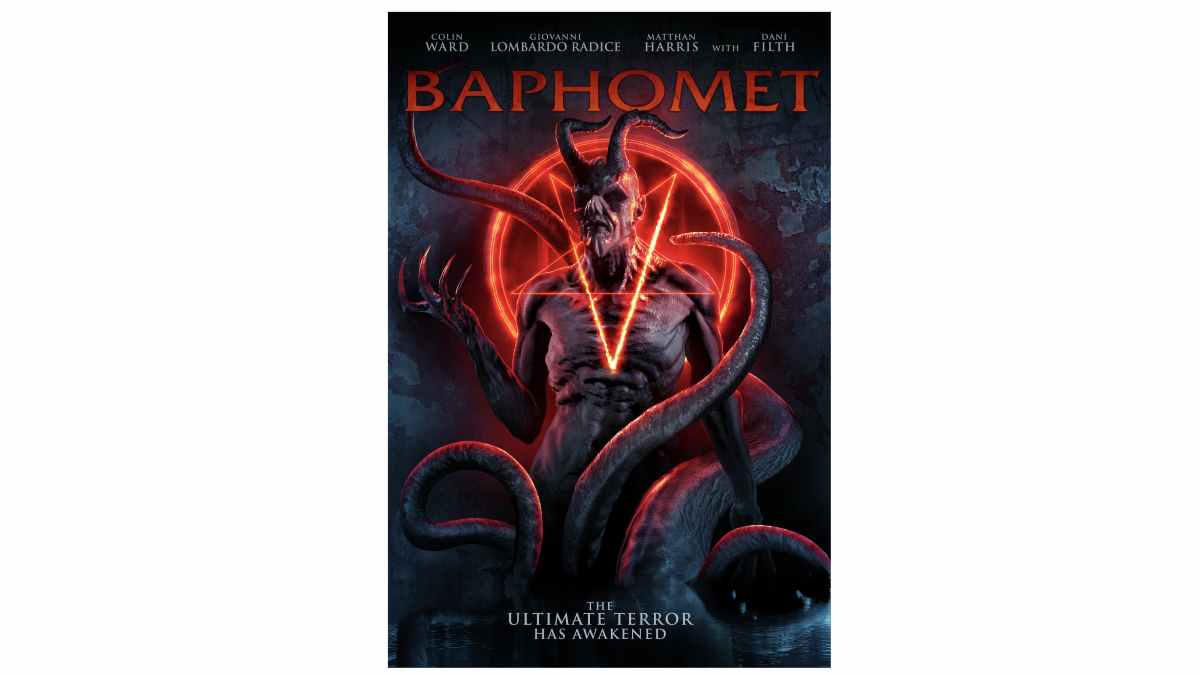 Cleopatra Entertainment have released a new trailer for the horror film Baphomet starring Cradle of Filth frontman Dani Filth, which will be released on Blu-ray, DVD and Digital on June 8th.

Filth had this to say, "I really liked the idea of it. The script was good. It seemed genuinely interesting, esoteric. The premise is great, and I quite liked the idea of the character I was playing... haggard and highly intelligent.

"It's kind of apt, you know. I wouldn't say it's tongue-in-cheek, I wouldn't even say it's role reversal, but it's similar in the way that Ozzy played a priest in Trick or Treat.

"It's playing with the genre, mixing it up a little bit, and I think it's cool, yeah. I think that I'm cut out for the role of an occult investigator, occult philosopher, etc. I could see myself actually doing that role in real life."

Here is the synopsis: "The film tells the tale of an American family (the Richardsons) celebrating their daughter's pregnancy, but things begin to go awry when Satanic cult leader, Henrik Brandr unexpectedly visits their ranch. Henrik offers to pay the family a large sum for ownership of their land, claiming it is sacred to his congregation. Jacob Richardson, the father, rejects the offer due to the sentimental value of his ranch. Henrik, displeased, begins to put curses on the Richardsons, trying to force them off of their own land - even if it means murdering them. After suffering unexplainable tragedies created by the curses, the Richardsons seek help from Marybeth, a white witch high priestess. They soon discover a terrible secret about their house, revealing why their land is so scared to the cult. They realize that they must protect their house from the cult at all costs, and a violent battle between good and evil ensues." Watch the trailer below:

Cradle Of Filth Share How Many Tears To Nurture A Rose? Video