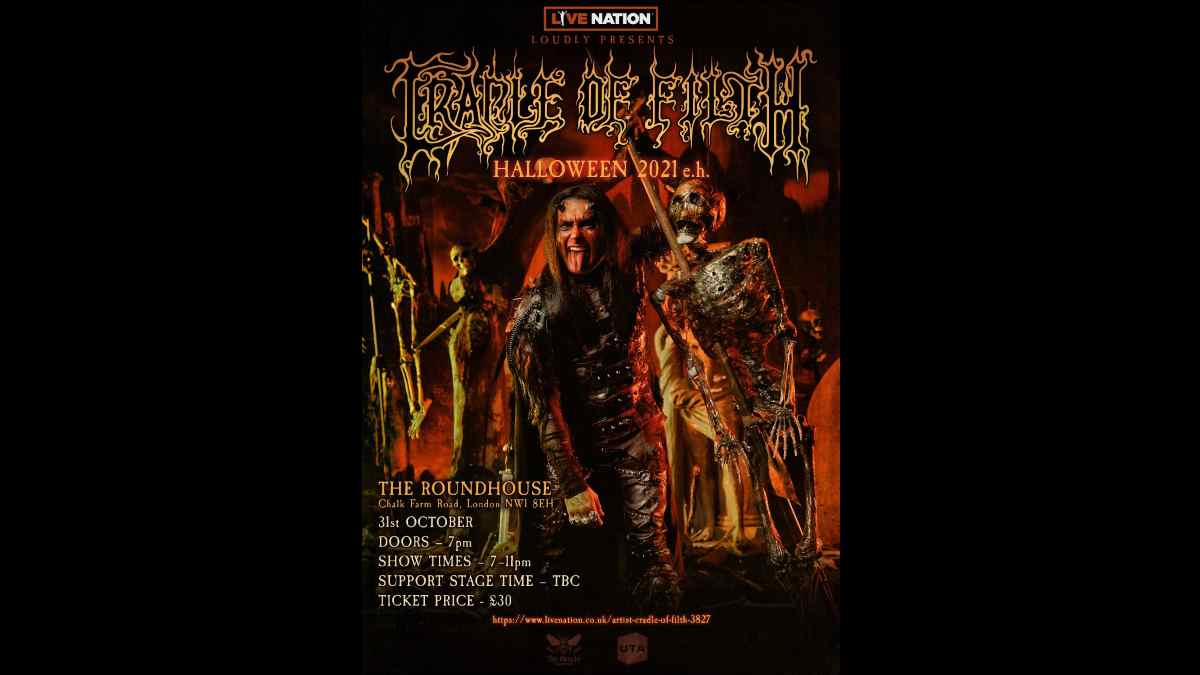 Cradle Of Filth have announced that they will be celebrating Halloween this year by playing a special album release show at the iconic London venue The Roundhouse.

The band is releasing the new album, entitled "Existence Is Futile", on October 22nd and will play songs from the record, along with fan favorites during the special show.

Frontman Dani Filth had this to say, "An iconic venue, an iconic setlist, All Hallows' Eve in London... six highly strung extreme metal musicians. What could possibly go wrong?! Seriously though, this is going to be a worthy return to the capitol after pre-Covid's London 2019 Palladium bash; another auspicious night swathed in mist and full production.

"So come now Children of the Beast, this Halloween, Sunday 31st October, to our musical séance to raise the dead from their graves. Hot ghoulfriends invited!"