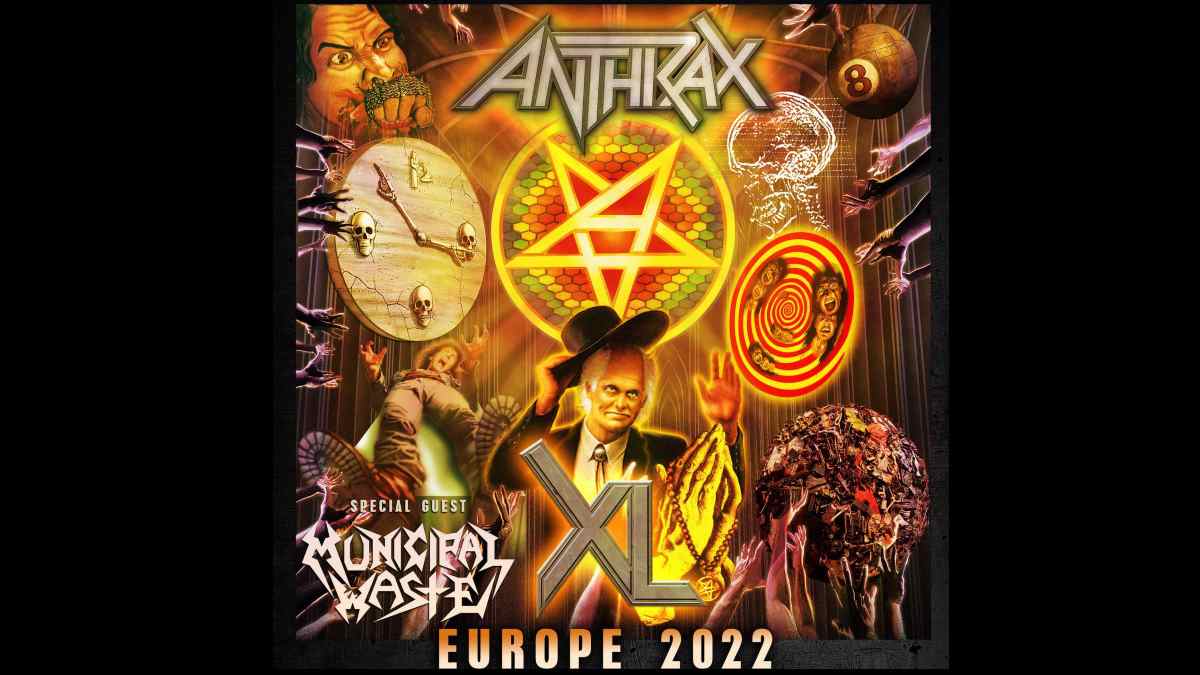 (hennemusic) Anthrax have announced dates for a fall 2022 40th anniversary tour of the UK and Europe. Set to begin with the launch of eight UK shows in late September, the six-week series will see the thrash outfit play 28 dates in 16 countries by the time it wraps up in Zurich, Switzerland on November 5; crossover thrash band Municipal Waste will support on all shows.

"It sure has been a long time since we rock 'n' rolled in the UK and Europe," says drummer Charlie Benante, "but we're coming back soon to bring the noise to all of you guys. Being that we can't get over there until 2022, we're going to make sure that every show will be an eventful one. We won't just be playing four decades of songs to celebrate our ongoing 40th anniversary - hey, we'll be giving YOU some history! - but we just might have some brand new ones for you as well. Can't wait to see all your happy, smiling faces!!!"

"There's just something special about Europe," adds singer Joey Belladonna. "Our fans there have always had a full-fledged excitement about our shows, and I enjoy performing more than anyone can imagine, so we're really looking forward to this tour."