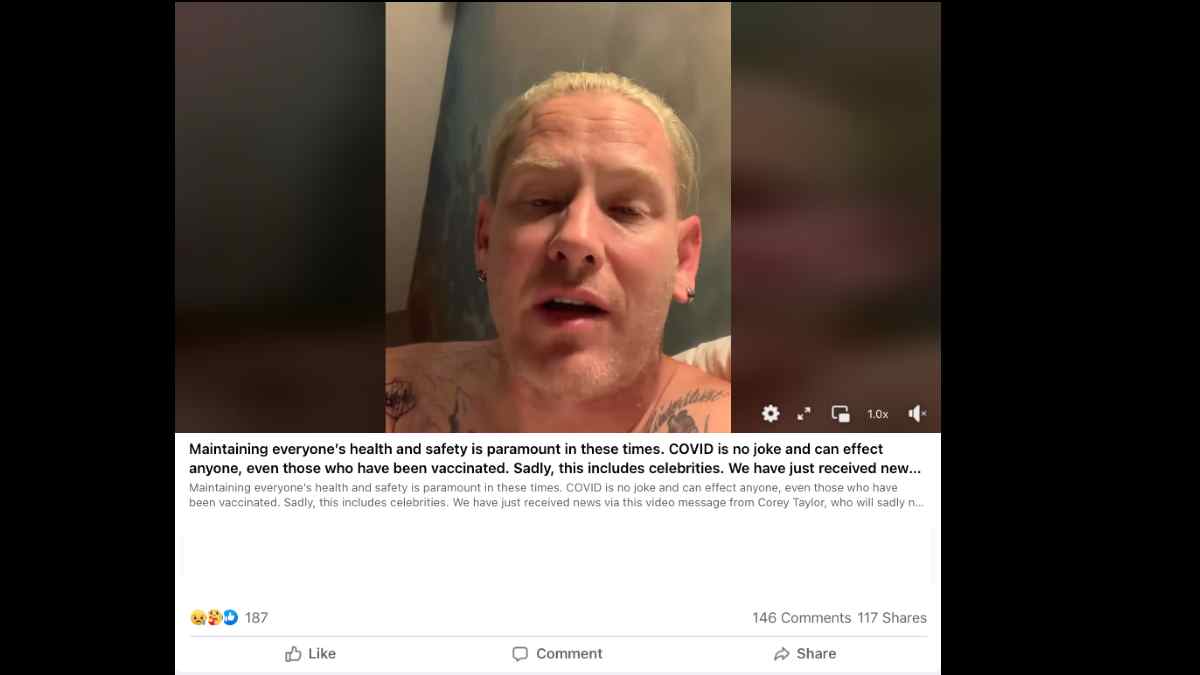 Slipknot and Stone Sour frontman Corey Taylor shared in a video message to fans that he is "very, very sick" and has tested positive for Covid-19.

Taylor was scheduled to appear at the Astronomican convention this weekend in Ann Arbor, Michigan, but has been forced to pull out due to the illness.

He shared a video message via the event's Facebook page and said, "I hope everybody's well. I wish I had better news. I woke up today and tested positive and I'm very, very sick.

"So, I'm not going to be able to make it this weekend and I'm absolutely devastated. I'm so sorry. I hope everyone has a good time and I promise you I will absolutely try to get back there as soon as I can.
advertisement

"I should be okay, it's the flu. I'm vaccinated, so I'm not worried. But I certainly wouldn't want to spread it to anyone else. So, everybody be safe out there and thank you so much. And I will see you again, I promise."