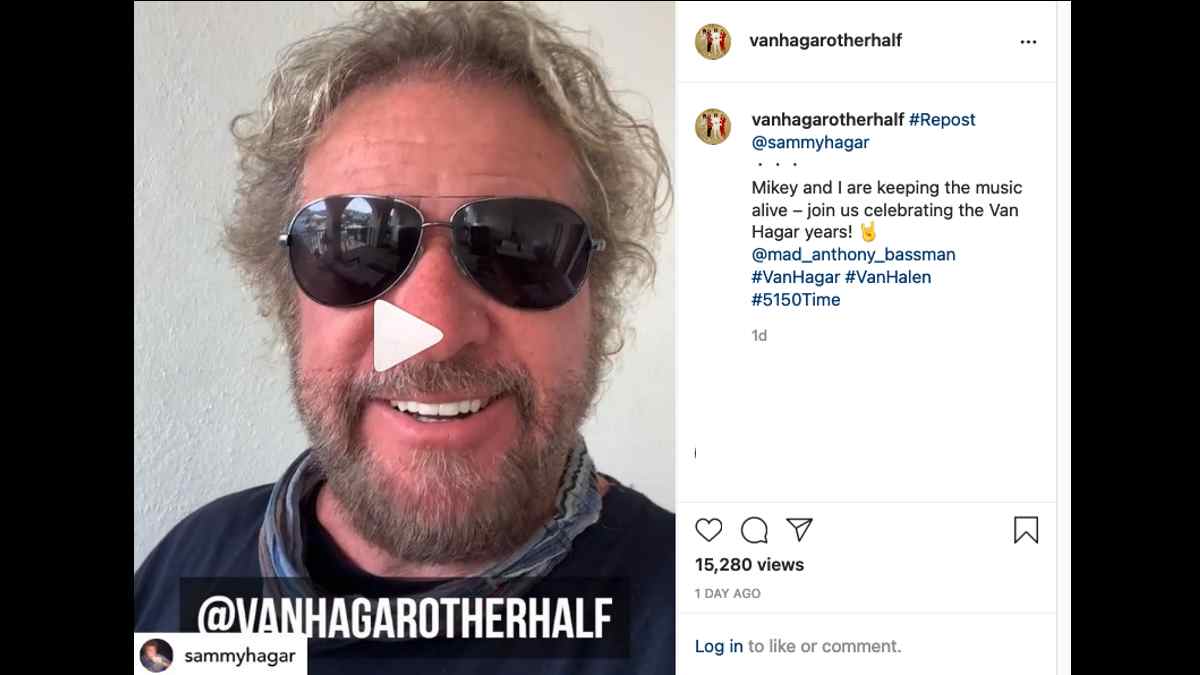 Former Van Halen frontman Sammy Hagar says in a new interview that there is some unreleased material in the vault from his time with the band, but "not that much".

Hagar spoke to Ultimate Classic Rock about his upcoming Las Vegas Residency and during the chat he was asked about a 5150 era demo called "I Want Some Action" that he and bandmate Michael Anthony recently teased via social media.

In the edited interview, Hagar was asked if there was more material in the vault aside from that demo and he responded, "There's maybe a few more there.

"There were two songs that we actually finished, 90% finished, that we never got mixed, and they never made a record. One was from Balance, and the other one was from OU812."

He explained, "One was kind of a midtempo ballad-y 'Can't Stop Loving You' kind of song. The other one was a heavy 'Poundcake' rocker kind of thing. ... I don't know if it was just my lyrics or the music just didn't have that shiny thing that Van Halen had, when every song was great."

Back in June, Hagar and Anthony launched social media pages called "Van Hagar / Other Half". Sammy said at the time, Sammy said, "Hey everybody, I've got some fresh news for you. Mikey and I have been checking out our old vintage footage of stuff we've been doing over the years with Van Hagar years and all that, and we found some of the coolest stuff. And we're digging and we're digging - we're finding nuggets every day and we're gonna share 'em with you."

Anthony added, "Hey, everyone keeps asking us, 'Why don't you post more of the Van Hagar years stuff?' Well, guess what. You've got it. We're gonna go through, dig through some of the archived stuff, try to find stuff you haven't seen before - maybe some stuff that we haven't seen in decades - and throw it up, and maybe post a couple of comments to go along with it." Check out the Facebook page here.