Whitesnake Stream 'All In The Name Of Love' 2021 Remix 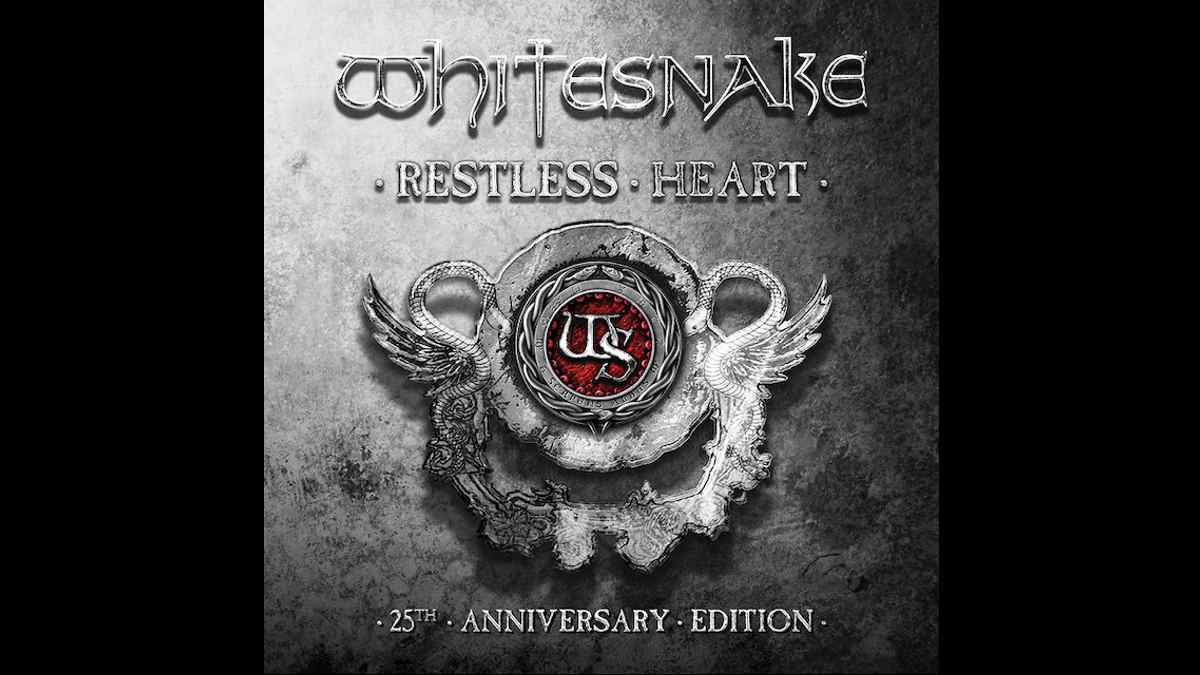 (hennemusic) Whitesnake are streaming a video for the new 2021 remix of "All In The Name Of Love", from the forthcoming expanded 25th anniversary reissue of their 1997 album, "Restless Heart."

Due October 29, the band's ninth studio record went on to reach the Top 10 in Sweden, Finland and Japan, and a Top 40 set in Coverdale's native UK, yet was never released in the US.

The 2021 reissues are led by a 4CD/DVD Super Deluxe Edition, which features newly-remastered and remixed versions of the original album, along with unreleased demos and studio outtakes. The DVD includes music videos and a behind-the-scenes look at the making of the album with new interviews from Coverdale, while the set comes with a hardbound book filled with rare and unseen photos from the era.

"All In The Name Of Love (2021 Remix)" follows "You're So Fine (2021 Remix)" as the second preview of the "Restless Heart" 25th anniversary reissue. Watch the video here.