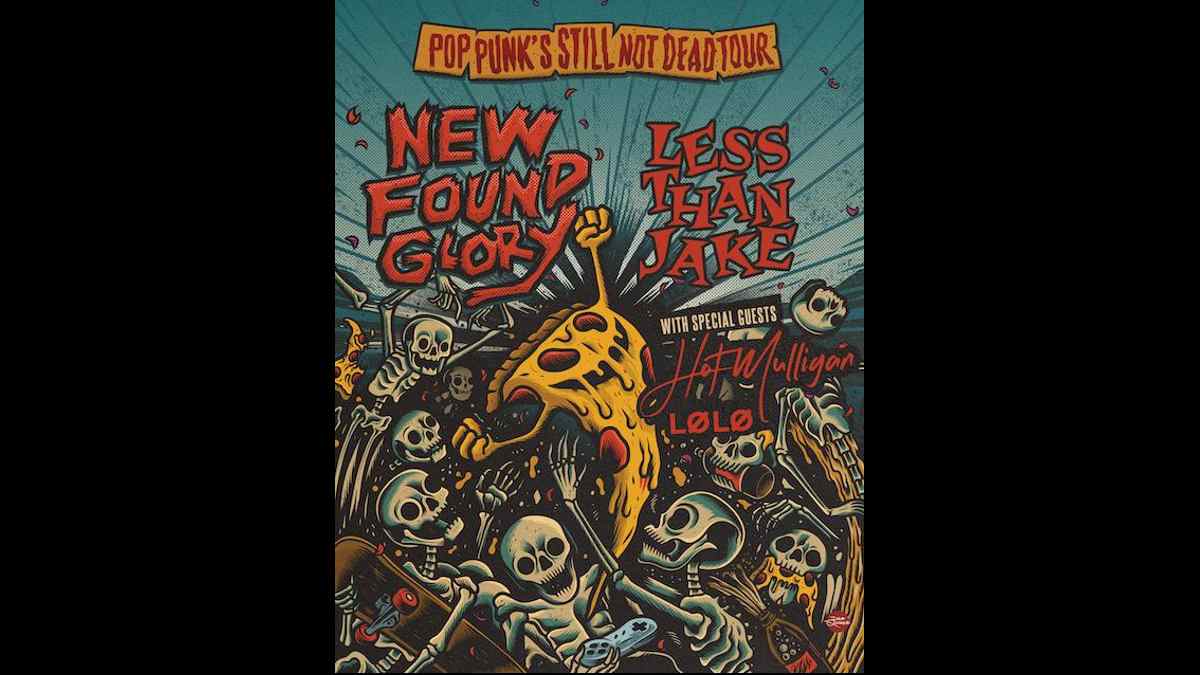 New Found Glory have announced that Simple Plan have been replaced by Less Than Jake on the upcoming Pop Punk’s Still Not Dead Tour, which will also feature Hot Mulligan and Lolo.

NFG had this to say, “Pop Punk’s Still Not Dead Tour has some news! The tour will now feature New Found Glory, Less Than Jake, Hot Mulligan, and Lolo! Due to unforeseen circumstances, Simple Plan are no longer part of the lineup.

Other than Warped tour, New Found Glory and Less Than Jake have not done a proper tour together since the infamous Honda Civic Tour back in 2003 so we are very excited that they were able to step in! Hot Mulligan is an awesome new band that most of you have probably heard of and we’re happy to still have Lolo on the tour.

"Also, many cities, venues and promoters are requiring proof of a negative COVID-19 test result or full vaccination, as well as mask mandates in some areas, to attend shows.

"We encourage you to check your local venue’s websites for any mandates that they have put in place for everyone’s safety. Our tour party will be following all local protocols and abiding by these mandates to insure our safety as well.

"It’s been so long since we’ve all been able to be in a room together and we’ve worked really hard to bring you an amazing show so let’s do all we can to make it as safe and enjoyable for everyone! Get ready for an awesome night!! We are ready to shred!!!”

** - Less Than Jake not performing