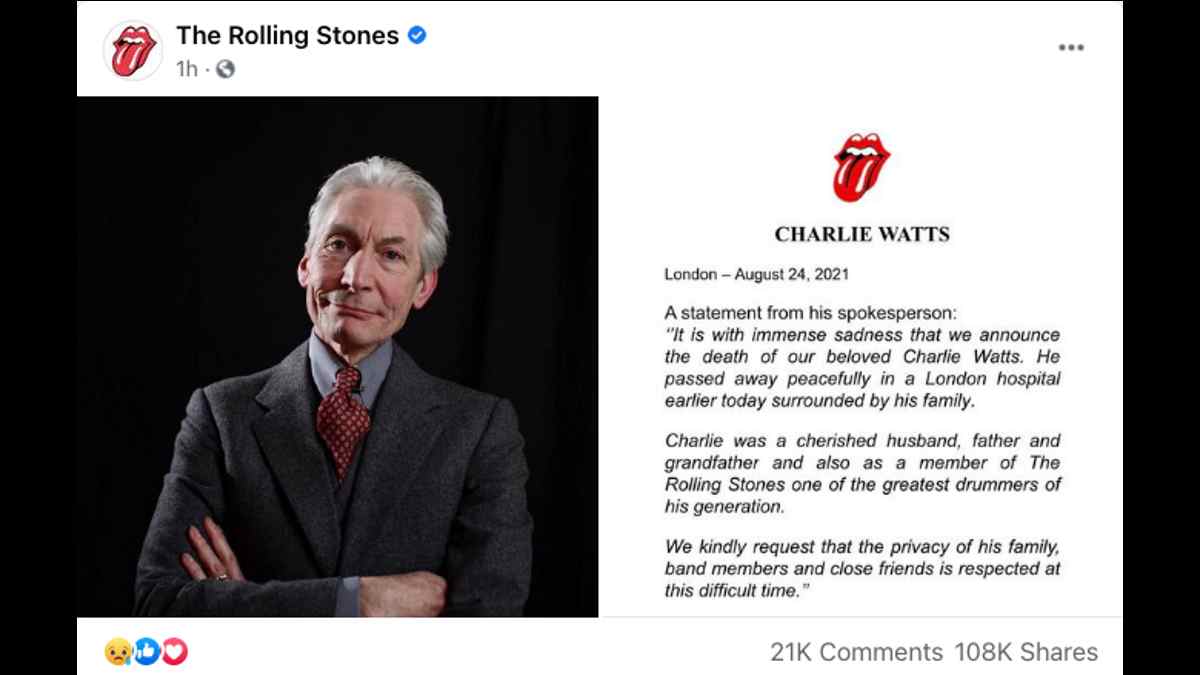 (hennemusic) The surviving members of The Rolling Stones are paying tribute to Charlie Watts on social media following the drummer's passing on August 24th.

Mick Jagger shared a photo of Watts laughing while playing drums; Keith Richards posted an image of a sign dangling on Watts drum kit that reads "closed ...please call again"; and Ronnie Wood featured a photo of the pair together alongside the caption: "I love you my fellow Gemini ~ I will dearly miss you ~ you are the best."

The band's website has gone dark in remembrance of the late rocker, who is pictured on the site's home page. Watts died in a London hospital on Tuesday at the age of 80 while recovering from a recent medical procedure that was set to have him sit out the band's rescheduled No Filter US Tour dates this fall; the drummer revealed publicly that he had asked his friend and renowned drummer Steve Jordan to stand in for him during the series.

"It is with immense sadness that we announce the death of our beloved Charlie Watts. He passed away peacefully in a London hospital earlier today surrounded by his family," his publicist Bernard Doherty said in a released statement. "Charlie was a cherished husband, father and grandfather and also as a member of The Rolling Stones one of the greatest drummers of his generation. We kindly request that the privacy of his family, band members and close friends is respected at this difficult time." See all of the tweets here.