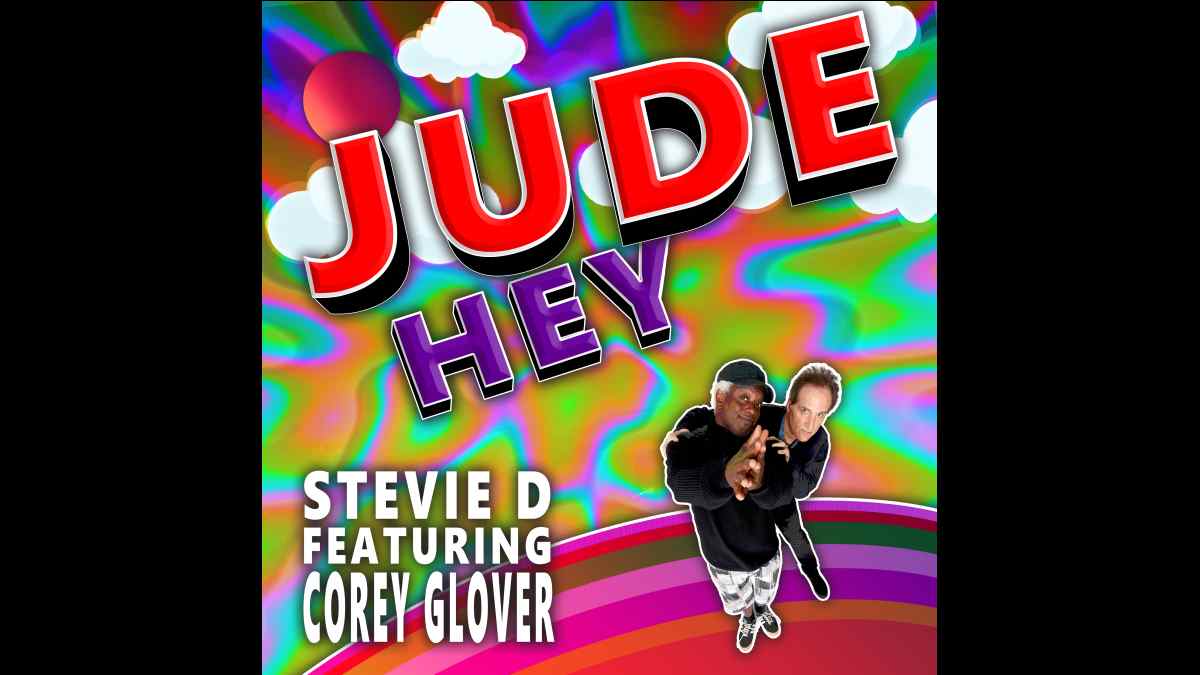 The Beatles classic "Hey Jude" was released 53 years ago today and multi instrumentalist/producer Stevie D has teamed up with Corey Glover (Living Colour) to cover the song. We asked Stevie to tell us about this special version. Here is the story:

I originally worked up this version of the song some years ago and played all the instruments! I remember thinking that a great way to interpret the song as a guitar player would be to go the route of a Stevie ray/Jimi approach being that the piano version would pale to the original obviously! And then at a Paul concert at the Meadowlands while watching Abe Leborial JR give his best JB impression on the track it got me to thinking how great my friend and local JB master John Hummel would sound replacing my modest drum track! And with that thought the light bulb went off and I thought what better way to follow up my recent release with Living Colour singer and my good friend Corey Glover with his interpretation of the song! Both John and Corey stepped up big time to make my vision reality! There aren't many things in this life that I can predict but when it comes to music production, I am pretty spot on with my theory's!

So, as I revised the session my next thought was to upgrade the bass and add some form of keyboard! At that I knew my friend and former Lenny Kravitz bass player Jack Daley would be a great fit to Hummel's bombastic drum track and like the gentlemen that he is he agreed to honor me with his talents! I thought Hammond b3 would be a great addition to accompany the Stevie Ray guitar approach so I brought in Rascal's current ivory master Benny Harrison to Throw down! I also found a spot in the third verse for some Yamaha upright piano as you will hear on the track! I dabbled with the idea of overdubbing some lead guitar adlibs at the end ala Duane Allman on the Wilson Picket version but decided to leave it be and let Corey take it out but maybe on a future remix I will revisit that thought! While tracking the vocal I really wanted Corey to put his spin on it as you will hear on the opening line Corey handled it differently than Paul but I was cool with that because that's how he was feeling it! As a matter of fact, Corey's initial approach was to treat the track more subtly like Paul's version but after a few takes I made him listen to Ray Charles's version of Let It Be then send him back to the mic and the version you will hear is what came out! I wanted a more hybrid vocal treatment of Paul's silky beauty and Corey's soulful aggression! I most certainly achieved my vision! In the mix stage I was going for a more modern outcome combined with some elements of the charm of the original! I used a combination of small room reverbs and a couple medium and long compressed verbs on Corey! I also used a really long decaying Lexicon 224xl in spot on the vocal just for some dramatic vocal throws in spots! You can hear those in the first verse! I actually overdid it on the first couple mixes as pointed out by my go to mix checker and Label mate Charlie Calv! Jack originally brought his Hofner bass to the session but we decided the fender Precision was more suited for this version! I used a 69 Custom Shop Hendrix Strat that I ran the guitar through stereo JCM 800 Marshalls splitting them with a TC stereo Flanger! John tracked on my Yamaha

House kit and after ab'ing his black beauty snare and my stock chrome Yamaha we decided the track worked better with my Yamaha as it was brighter whereas the BB had that midrange bark! The track was mixed on a Rupert neve 5088 mixing console to achieve that transformer Squish and punch! I'm really pleased with the outcome and I think the boys would approve!

Stevie Nicks In The Studio For 'Bella Donna' 40th Anniversary