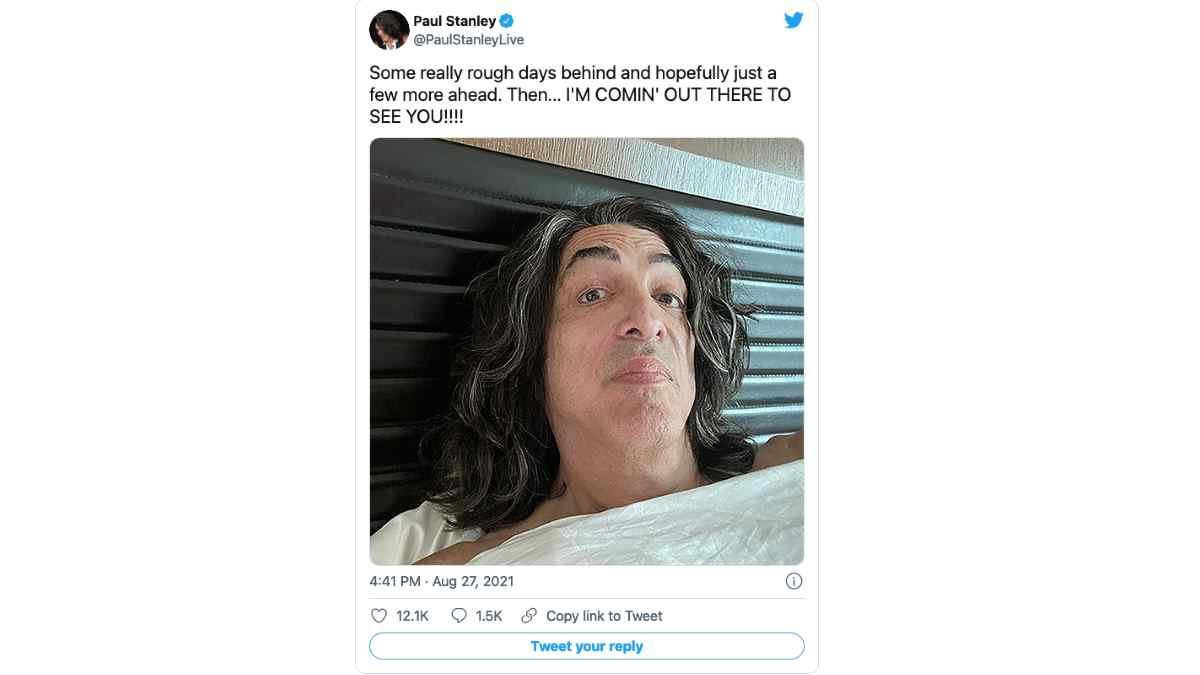 Simmons told "TMZ Live", "[Stanley] started feeling like his voice wasn't up to it and he started feeling a little fatigued. So, we always take precautions. And we sent a doctor over, and he said, 'Okay, you may be coming down with something. You guys better just stop.' And that's exactly what we did.

"And at the right time, as soon as we heard from the doctor, we had paramedics come in from a local hospital and tested the entire crew - the truck drivers, our backstage lineup, the band and everything.

"Everybody tested negative; Paul tested positive. Now we're quarantining ourselves - all of us; the band, the crew and everybody - for at least five days, just to make sure that we're not carrying it even though we're not experiencing anything.

"I feel great. We can do shows. My voice is great. Paul is not feeling great. And to be safe for everybody else, we're making sure."

Paul himself took to twitter with a few updates for fans late last week. He first tweeted, "A full press release will be issued shortly about upcoming KISS shows.

"I had been sick with flu-like symptoms and was tested repeatedly and was negative. As of late this afternoon I tested positive. The crew, staff and band have all tested negative once again. More to follow."

On Friday (Aug 27) he tweeted, "Some really rough days behind and hopefully just a few more ahead. Then... I'M COMIN' OUT THERE TO SEE YOU!!!!".