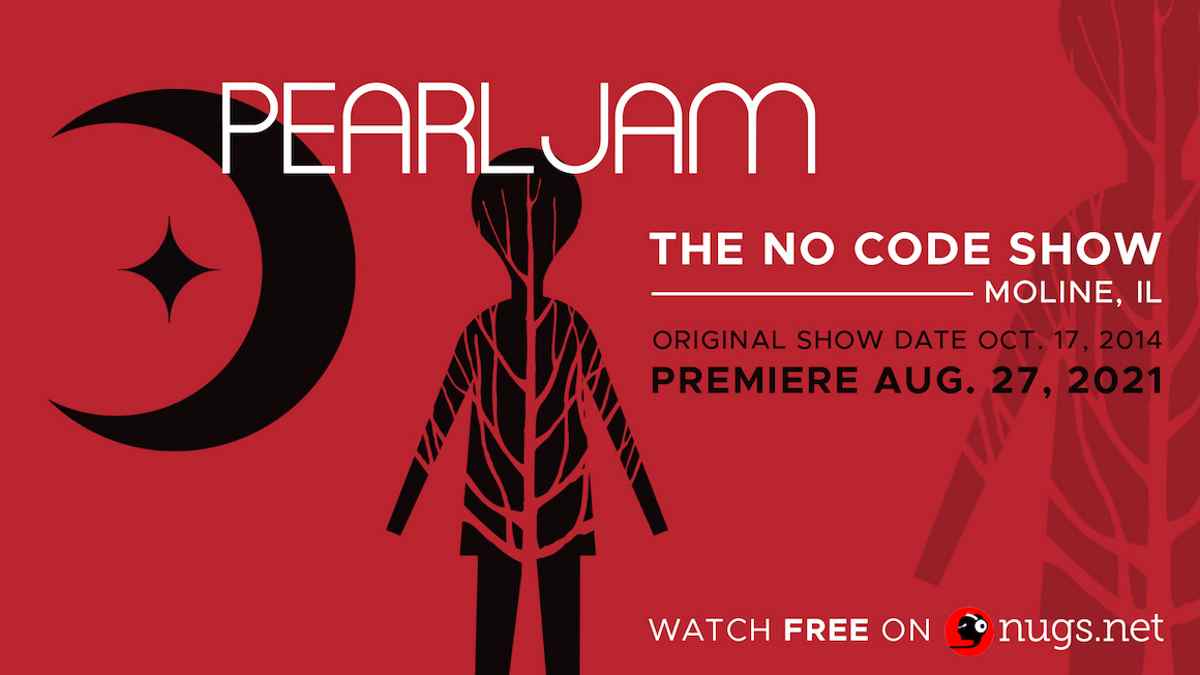 (hennemusic) Pearl Jam are streaming video of a 2014 concert to mark the 25th anniversary of their fourth album, "No Code." The October 17, 2014 show from Moline, IL saw the band perform the 1996 album from start to finish.

Featuring the singles "Who You Are", "Hail, Hail" and "Off He Goes", "No Code" earned Pearl Jam their third straight US No. 1 album. In sync with the 25th anniversary, Pearl Jam have released a pair of newly-remixed digital editions of "No Code" and their 1991 debut, "Ten", which marks is 30th anniversary on the same day.

The anniversary editions were fully mixed by Pearl Jam producer and sound engineer Josh Evans in Dolby Atmos and Sony 360 Reality Audio to provide listeners with an immersive, sonic experience.

The free streaming event will be available through Monday, August 30th at 11:59pm PT. Watch it here.