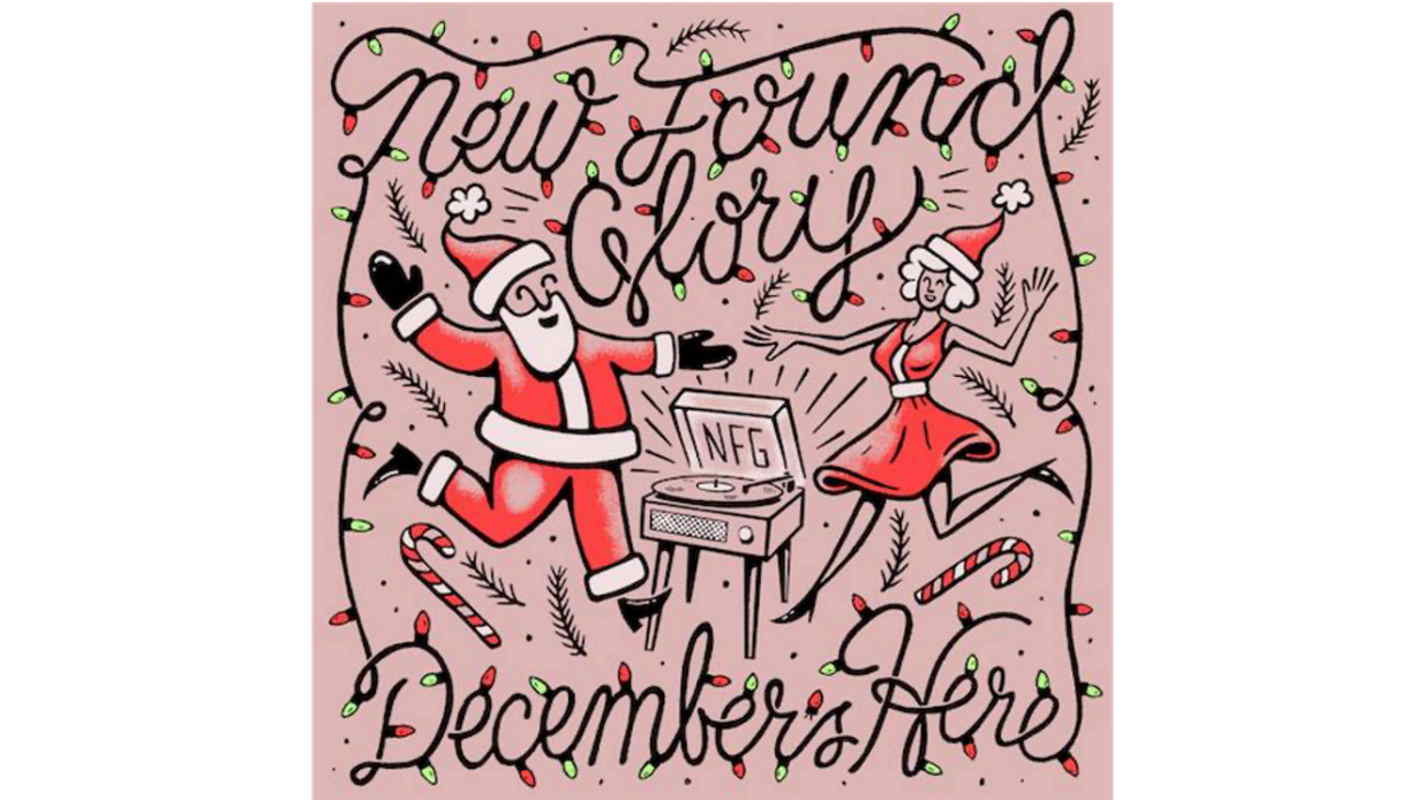 New Found Glory have shared a video for their track 'It Never Snows In Florida (Holiday Version)' to celebrate the release of their new Christmas album, "December's Here".

Guitarist Chad Gilbert had this to say, "I think since we grew up in south Florida we always had to overcompensate during Christmas time! We had no seasons. Just hot, then kind of warm, then that month and a half around December where the nights got chilly.

"So every Christmas was packed full of decorations, traditions, food, music. I guess most places around the world do the same but in a Florida landscape it took a little more believing to put you in the holiday spirit! Lights on palm trees anyone? That spirit never leaves you when you grow up with it.

"We love the holidays and are always inspired to find new ways to bring fun songs to our fans that are filled with nostalgia. A lot of holiday music is all the same and are just modern cover versions of old songs. We wanted to add some new music into the mix, give New Found Glory fans their own style holiday. We hope our fans make this a special record for their families. A New Found Glory record that they can revisit every year, and blast around the house when they start decorating all the way up to Christmas Day after opening gifts and eating with the family."

Gilbert also said of the new live music video "'It Never Snows In Florida' was one of our popular songs off of our first full length album, Nothing Gold Can Stay.

"The melodies and reference to snow felt very sentimental that could be turned into a holiday song, It was really fun to revisit, reimagine, and give it a new life for this album!" Watch the video below: