Metallica And Anthrax Paid Tribute To Marsha Zazula 2021 In Review 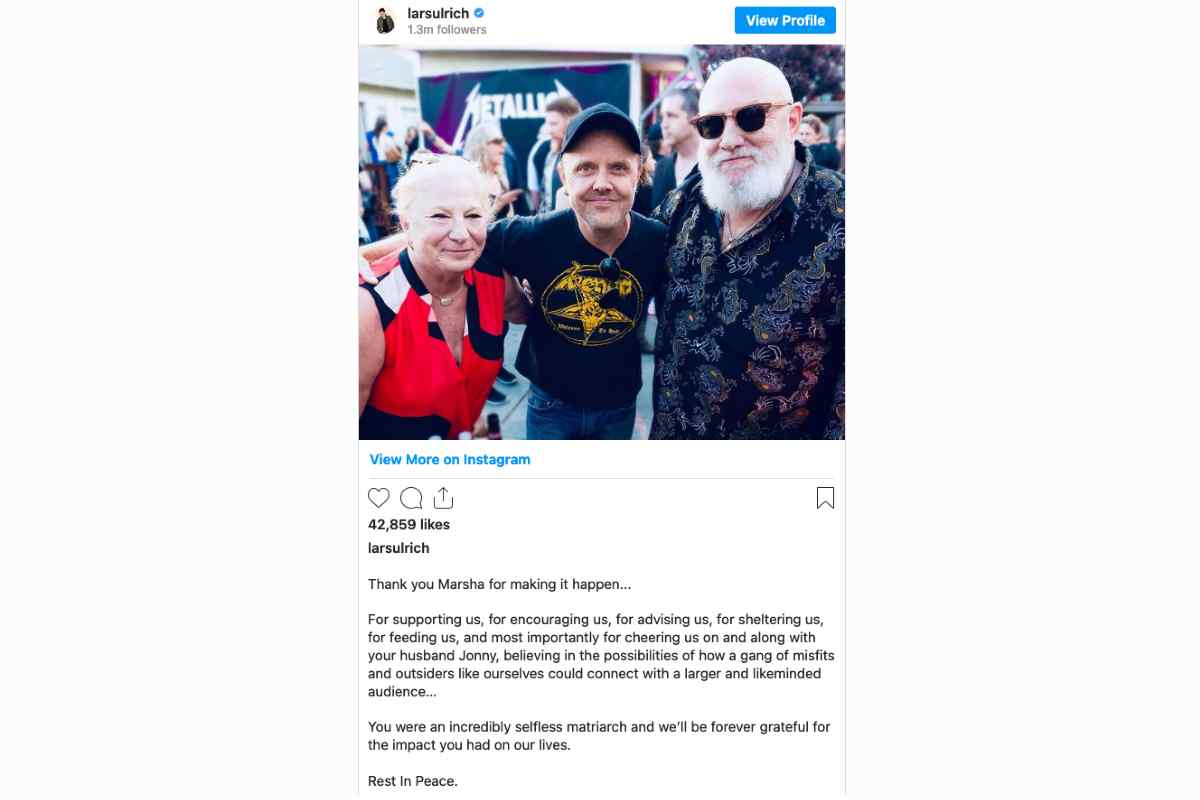 The metal world was hit with the tragic death of Megaforce Records cofounder Marsha Zazula early in the year, and Metallica and Anthrax's tributes became a top 21 story from January 2021:

Zazula, who cofounded Megaforce Records, Metallica and Anthrax's first label, died on Sunday, January 10th, at the age of 68 and both bands have paid tribute to her.

The label was instrumental in launching the career of Metallica. After discovering their demo, they gave the band a record deal and released their first two albums, "Kill Em' All" and "Ride The Lightning", on the small indie label.

Metallica took to social media to pay their respects. They wrote, "Rest In Peace, Marsha. Thank you for everything. Much love to @thejonzazula & the Zazula family."

Anthrax also paid tribute to Marsha. They wrote, "It's with much sadness that we hear of the passing of Marsha Zazula. A true pioneer along with Jonny Z.

"Those two were responsible for changing all our lives. Hard to put into words what a world this might be without their belief and dedication to metal and all of us. Our love to her family."

Metallica's Lar Ulrich shared a longer tribute via social media. He wrote, "Thank you Marsha for making it happen... For supporting us, for encouraging us, for advising us, for sheltering us, for feeding us, and most importantly for cheering us on and along with your husband Jonny, believing in the possibilities of how a gang of misfits and outsiders like ourselves could connect with a larger and likeminded audience..."