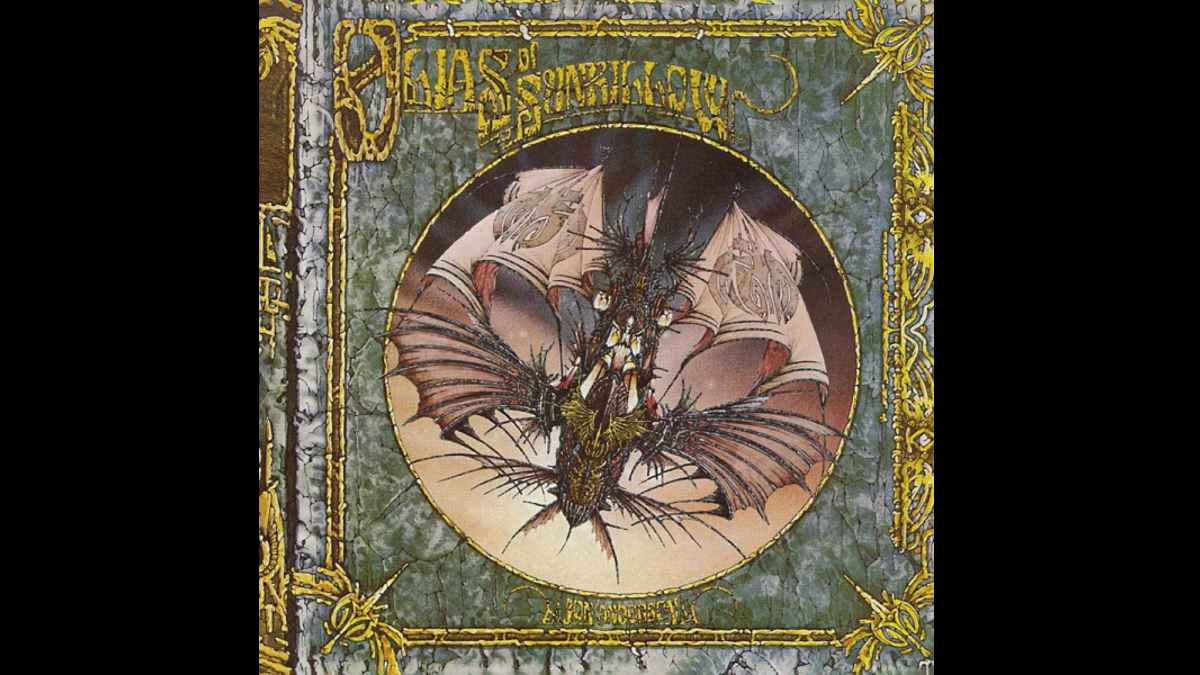 Yes fans mark March 26th on your calanders. That is the date that a newly expanded 2-disc edition of legendary original frontman Jon Anderson's 1976 debut solo album, "Olias of Sunhillow," will be released by Esoteric Recordings.

Glass Onyon sent over the following details: Released in July 1976, the album was a conceptual work recounting the story of an alien race on a journey to find a new world following volcanic destruction on their home planet. All music on the album was written and performed by Jon Anderson and the recording took place at Anderson's Buckinghamshire home studio whilst Yes were on hiatus following the tour to promote the album "Relayer". Initially recorded on an 8-track tape machine, the arrangements were then re-recorded on to a 24-track tape machine. The album saw Jon perform the music entirely alone, teaching himself to play keyboards and acknowledging the influence of such legendary musicians as Rick Wakeman, Patrick Moraz and Vangelis on his work.

"Olias of Sunhillow" was released by Atlantic Records in the summer of 1976 in an elaborate gatefold sleeve designed by David Fairbrother-Roe and was a top ten album in the UK. This Esoteric Recordings edition has been newly remastered from the original album master tapes and fully restores the stunning original artwork and also features a booklet with a new essay and exclusive interview with Jon Anderson.

Over the ensuing years the excellence of the album has led to many calls for the album to be remixed in a 5.1 Surround Sound format. Alas, despite extensive research, the multi-track masters of the album cannot be found. However, this expanded edition of "Olias of Sunhillow" features a DVD featuring a high resolution 96 kHz / 24-bit re-master of the stereo mix and also includes a high resolution 5.1 Surround Sound up-mix derived from the original stereo master tapes as an additional feature.

Anderson had this to say, "The more I realize that time flies when you're having fun...boy oh boy, the fun I'm having listening to my early solo work....

"OLIAS for me was like going to music school for Three Months solid without breathing...

"Totally captivated by making a true SOLO album...every sound, vocal, instrumental and whatever came from the cosmos is there on the album...a dream made reality...

"I never really listened to it all the way through after it was released, I must have listened to every sound a zillion times while mixing it....

"So, a month ago I listened to the whole album again...and felt such joy and gratefulness to have gone through that experience, and here I am so many years later going through a similar musical journey...

"Time flies by when you're having fun....

1. Ocean Song
2. Meeting (Garden Of Geda)
Sound Out The Galleon
3. Dance Of Ranyart
Olias (To Build The Moorglade)
4. Qoquaq En Transic
Naon
Transic To
5. Flight Of The Moorglade
6. Solid Space
7. Moon Ra
Chords
Song Of Search
8. To The Runner