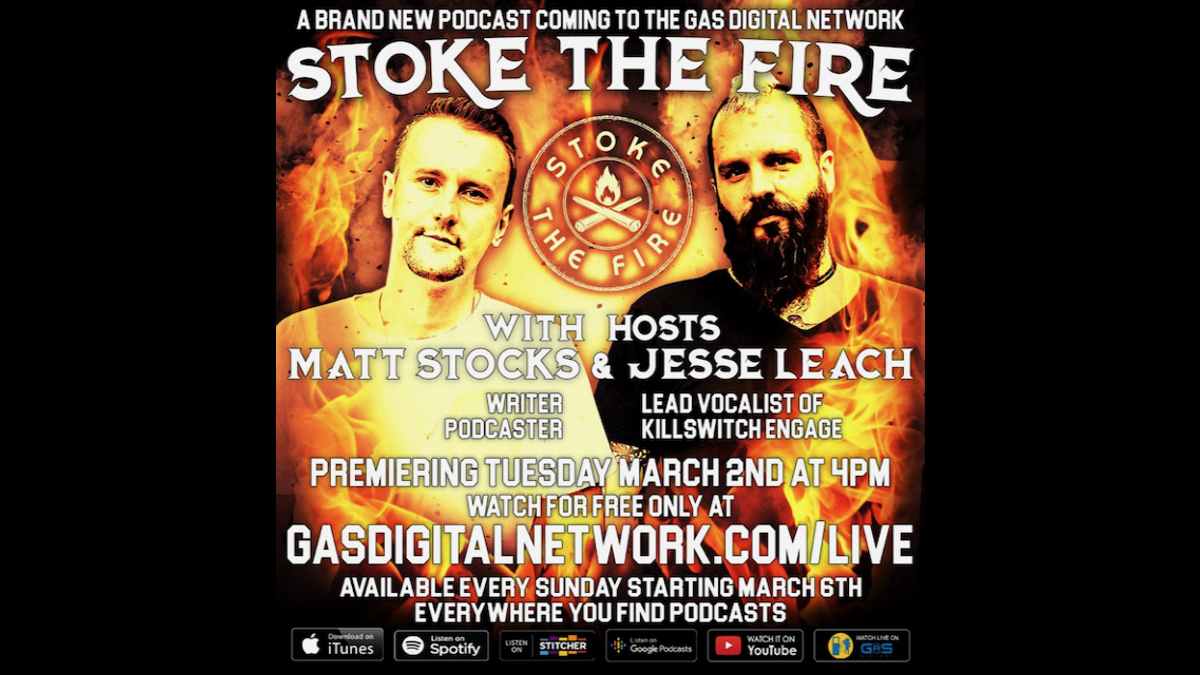 Killswitch Engage frontman Jesse Leach is teaming up with DJ/presenter and "Life In The Stocks" podcaster Matt Stocks for a brand new podcast called "Stoke The Fire".

The podcast will debut on March 2nd and will air every Tuesday at 4 PM, ET / 1 PM, PT / 9 PM, GMT via gasdigitalnetwork.com/live, and will then be available on demand every Sunday from March 6 on all podcast platforms (iTunes, Spotify, Stitcher, YouTube etc).

Matt had this to say, "Someone once described Jesse to me as the Bob Marley of heavy metal, and they couldn't have been more on the money. Metal isn't necessarily a genre known for having a lot of soul, but Jesse is ALL heart and soul.

"He's obviously celebrated for his work as vocalist in Killswitch Engage, but Jesse is so much more than just a great frontman: he's one of the most deep, philosophical people that I know. I really can't wait to see where this podcast takes us, and I'm sure the topics of conversation will be both enlightening and inspiring."

Jesse added, "Launching this podcast with Matt is really exciting for me. It opens up so many possibilities to interact with people! It has also given me a sense of purpose during these strange times. I look forward to making it much bigger than just a simple podcast... I can see some important discussions and potentially some life altering moments while we develop this idea.

"Matt and I have chemistry and we are in sync with how we want to move forward. I feel like this is a really nice natural progression for me not just as an artist but as a human - I have an undying desire to continue to affect positive change in the world. Let the conversations begin..."