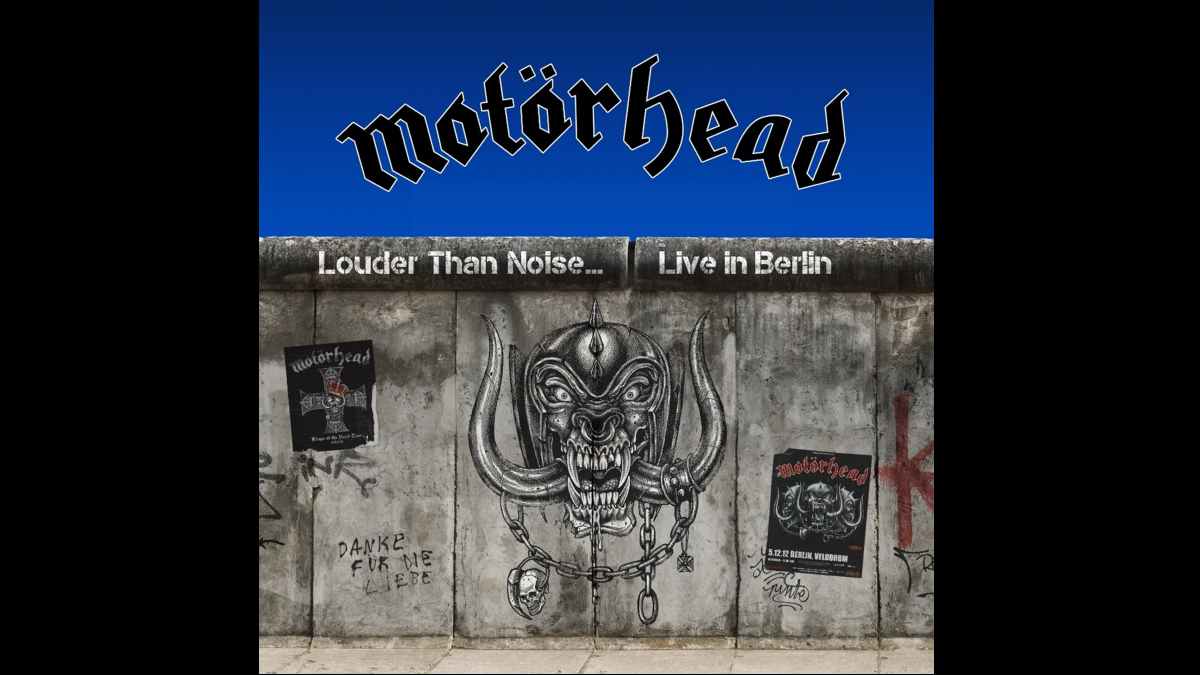 (hennemusic) Motorhead are streaming video of a 2012 performance of their 1979 track, "Over The Top", from the newly-announced package, "Louder Than Noise... Live in Berlin."

Due April 23, the project presents the band's December 5, 2012 show at the Berlin Velodrom before 12,000 fans - one of their biggest-ever German gigs.

Motorhead delivered a 15-song set of fan favorites and classic tracks, including "Overkill", "Going To Brazil", "The Chase Is Better Than The Catch", "Doctor Rock" and "Ace Of Spades."

"Louder Than Noise... Live in Berlin" will be available in multiple formats, including CD with bonus DVD, double vinyl, digital and via streaming platforms.

Director Herwig Meyszner oversaw filming of the concert for the DVD, which has been mixed by by longtime Motorhead producer Cameron Webb.

Motorhead disbanded following the 2015 death of leader Lemmy Kilmister at the age of 70 from prostate cancer, cardiac arrhythmia and congestive heart failure. Watch the video here.