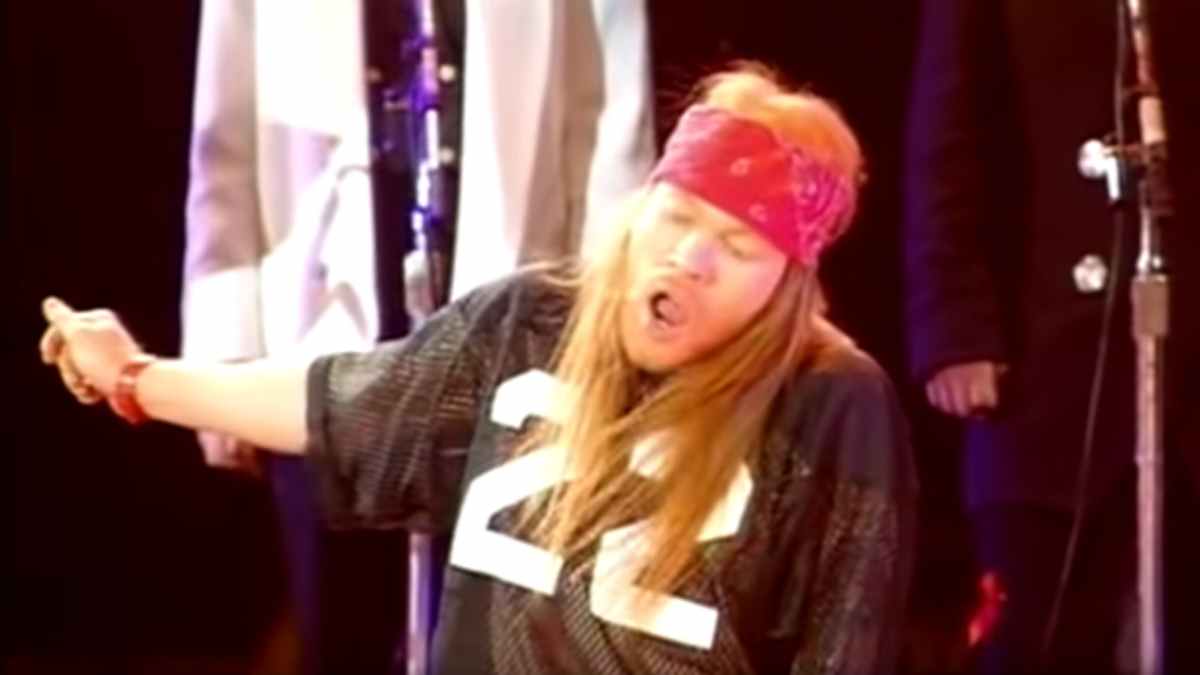 Rose and Elton took the stage together with Queen to perform their blockbuster hit "Bohemian Rhapsody" during the legendary concert that took place at London's Wembley Stadium on April 20th, 1992.

Taylor says in an interview with Classic Rock Magazine that at the time that they feared the duet would not happen because Axl did not show up for the rehearsal.

He said, "I do remember being determined that we'd get Elton singing with Axl, which was great, because Axl never turned up for rehearsal. It was really flying by the seat of our pants."

The concert featured some of the biggest bands that Queen influenced taking the stage to pay tribute to Freddie including Guns N' Roses, Metallica and Def Leppard and Extreme.

Former Guns N' Roses drummer Matt Sorum looks back at the concert as one of the biggest highlights of his career. He told The 500 With Josh Adam Meyers last year, "Oh, man. So many highlights. Probably one of my greatest experiences was the Freddie Mercury tribute [in 1992], which was done at Wembley Stadium, and we were invited to open the show. It was us and Metallica, and then Queen came out.

"You can watch it on YouTube. It's probably one of the most incredible shows. I mean, backstage was David Bowie, Annie Lennox, Robert Plant, Elton. Elton and Axl did 'Bohemian Rhapsody'. You've gotta watch it, they just crushed.

"I've gotta say that night was just sort of... I remember meeting Elizabeth Taylor. It's in my book. I drank with Liza Minnelli and George Michael... just one of those nights that you just will never, ever be able to... It was sort of like being in a dream world. Walking out, going, 'Wow!' Wembley Stadium sold out.

"When I look back at especially Guns N' Roses, it's just sort of a surreal feeling. It's almost like watching a movie, somebody else's movie, and you're in it. It's just so weird."

Watch the official video of Axl and Elton performing with Queen
below: