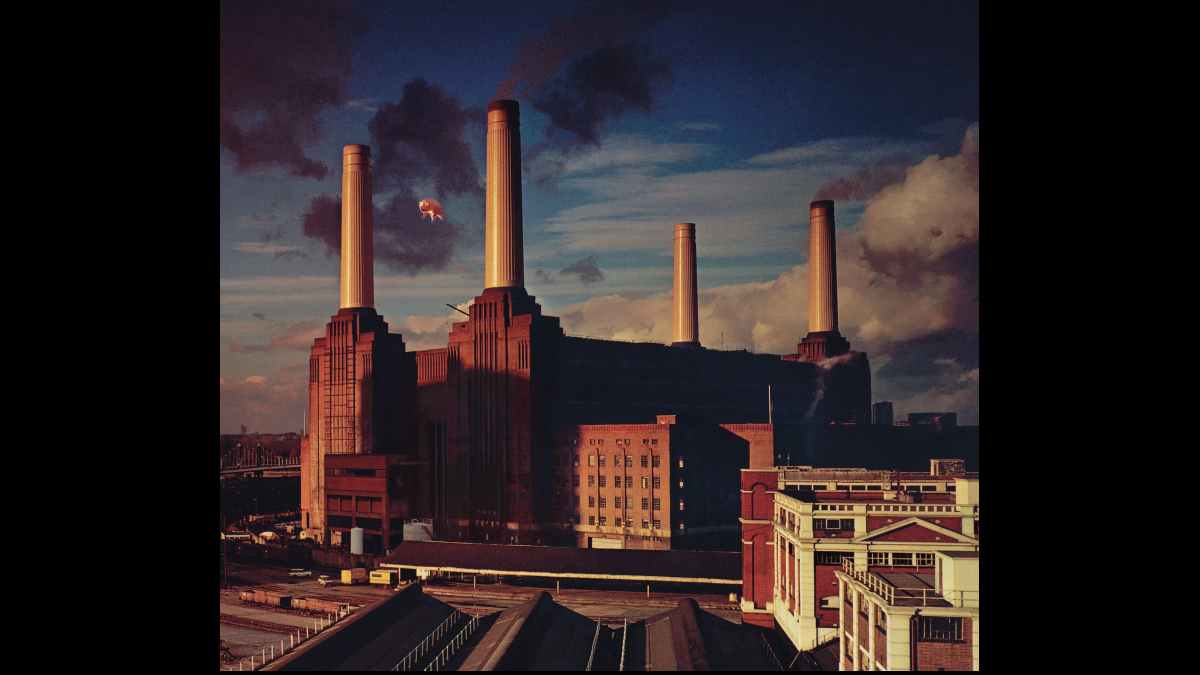 (hennemusic) Roger Waters has revealed that Pink Floyd will release a deluxe edition reissue of their 1977 album classic, "Animals." The limited-edition 4-disc packages will feature the remixed album on LP, CD, Blu-ray and DVD, with the Blu-ray and DVD versions delivering new hi-resolution stereo and 5.1 mixes alongside the original 1977 stereo mix.

The bassist and architect of the original project confirms the reissue will feature new remixes of the UK band's tenth studio record, while not sharing a timetable for the set's release.

After claiming he has been "banned by Dave Gilmour from posting on Pink Floyd's Facebook page with its 30,000,000 subscribers", Waters goes on to explain the hurdles he has faced in dealing with his former bandmate in recent years.

"What precipitated this note is that there are new James Guthrie Stereo and 5.1 mixes of the Pink Floyd album, "Animals", 1977," begins Waters. "These mixes have languished unreleased because of a dispute over some sleeve notes that Mark Blake has written for this new release. Gilmour has vetoed the release of the album unless these liner notes are removed. He does not dispute the veracity of the history described in Mark's notes, but he wants that history to remain secret.

"This is a small part of an ongoing campaign by the Gilmour/Samson camp to claim more credit for Dave on the work he did in Pink Floyd, 1967-1985, than is his due. Yes he was, and is, a jolly good guitarist and singer. But, he has for the last 35 years told a lot of whopping porky pies about who did what in Pink Floyd when I was still in charge. There's a lot of 'we did this' and 'we did that,' and 'I did this' and 'I did that.'"

"I am agreeing to the release of the new 'Animals' remix, with the sleeve notes removed," Waters continues. "Good work James Guthrie by the way, and sorry Mark Blake. The final draft of the liner notes was fact checked and agreed as factually correct by me, Nick and Gilmour. Waters then goes on to share Blake's liner notes for the set, which fans can read on his Facebook page.

The rocker also revealed that he has been working on his autobiography during the pandemic lockdown. "I am writing my memoirs," he says in a video announcement. "I had a lot of time over the last year and I thought, 'If I don't do it now, I'll probably never do it.'" Watch the video announcement and read more here.