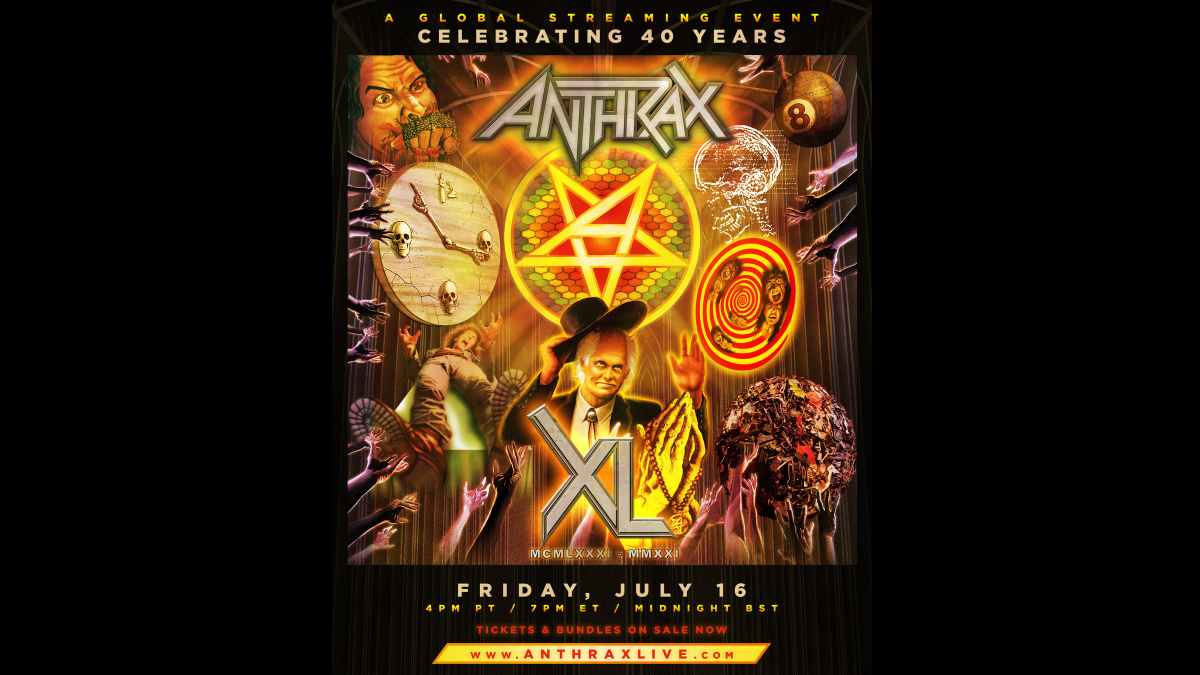 (hennemusic) Anthrax are sharing ticket details for their 40th anniversary livestream event next month. The band will perform an extended set of classic tracks, deep cuts and fan favorites from their entire career-spanning catalog live from Los Angeles on Friday, July 16.

In addition to the Livestream and merchandise bundles, fans will be able to buy a digital ticket to relive the past 40 years with exclusive interviews, testimonials, and behind-the-scenes stories of the band's legendary career.

The Anthrax 40 livestream will take place on Friday, July 16, beginning at 7 PM ET (4 PM PT); it will be available to fans worldwide through July 25 at 11:59 PM ET via video on demand. Read more and watch the event trailer here.