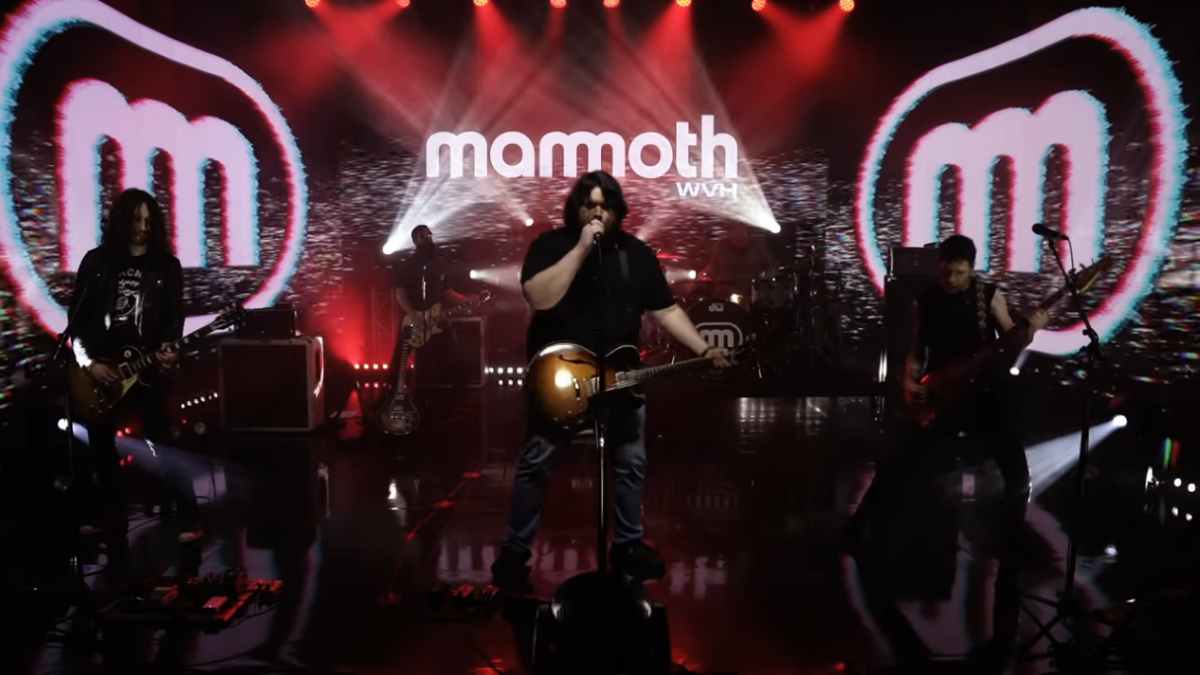 (hennemusic) Wolfgang Van Halen is streaming live video of a performance of "Don't Back Down", as the latest preview to his forthcoming Mammoth WVH album debut.

Written under the working title "Sabbath", "Don't Back Down" was built as an aggressive, high-energy track. "I really leaned into a fight-song mentality," Wolfgang explains. "The kind of thing you hear when you're at a sports game and you want your team to really f**k up the other team."

The live footage follows the song's original video, which was filmed over two days at Eddie Van Halen's famed 5150 studio and sees multiple Wolfgangs performing the song and engineering it in real-time.

Due June 11 and produced by Michael Baskette, "Mammoth WVH" was first previewed with the lead single, "Distance", and the follow-up tracks "You're To Blame", "Think It Over", "Feel" and "Mammoth."

MammothWVH will join Guns N' Roses on their newly-rescheduled summer US tour, which will open in Hershey, PA on July 31 and run into October. Watch the new live video here.