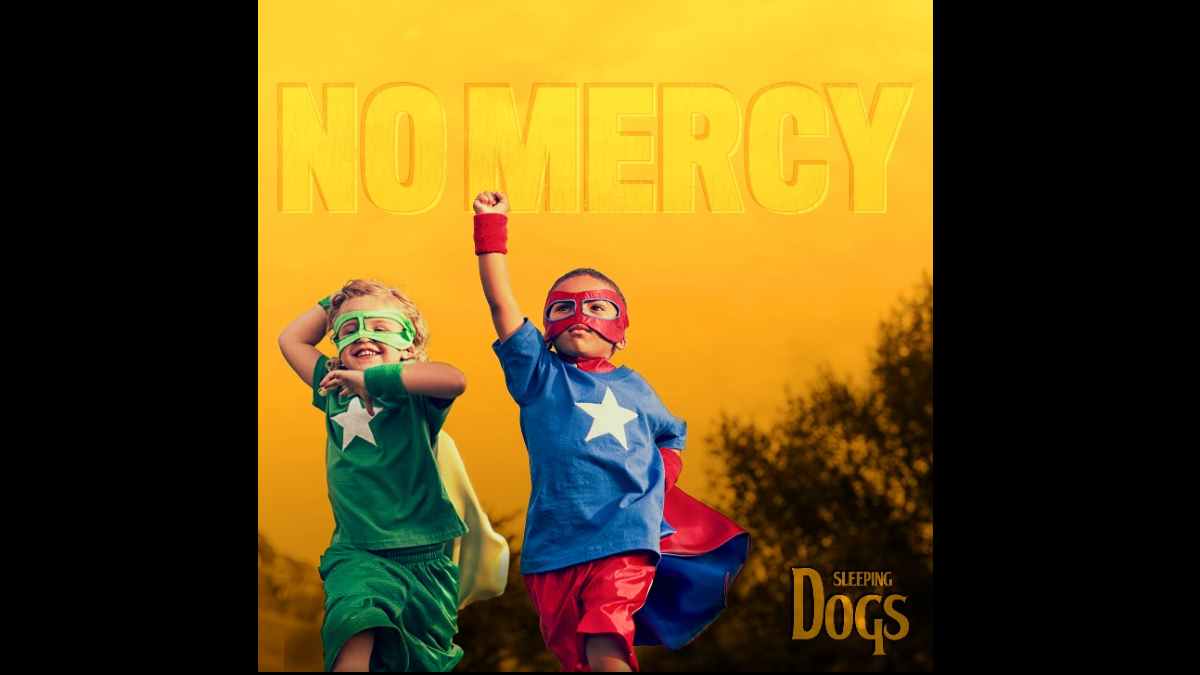 Wank and The Offspring offshoot Sleeping Dogs have released a music video for their debut single "No Mercy", which comes from their forthcoming EP that will be released in November.

Danny had this to say about the song, "'No Mercy' is about frustration and wanting revenge. Remember the cartoon with the Devil on one shoulder and the Angel on the other, trying to persuade the person to do their evil or good deed? Well, this is the Devil talking smack to the Angel and the person. After all, we are just vessels, here for a while, to do good and evil."

Higgins X-13 said of the video, "I said 'NO-Absolutely Not!' I will never wear a light blue suit in a rock video as long as I live! Since we had to cancel all the live shows, it was great to have the cameras on us. Things had started rolling again, and we were rolling right into it all as well! It felt good to be getting back to the action."

Spider added, "It was a unique experience and loads of fun. We spent the day working with professionals, filmographers, a dance troupe and even squeezed in a photo shoot to boot! It was really a kick...!" Watch the Kerry Donovan directed video below: