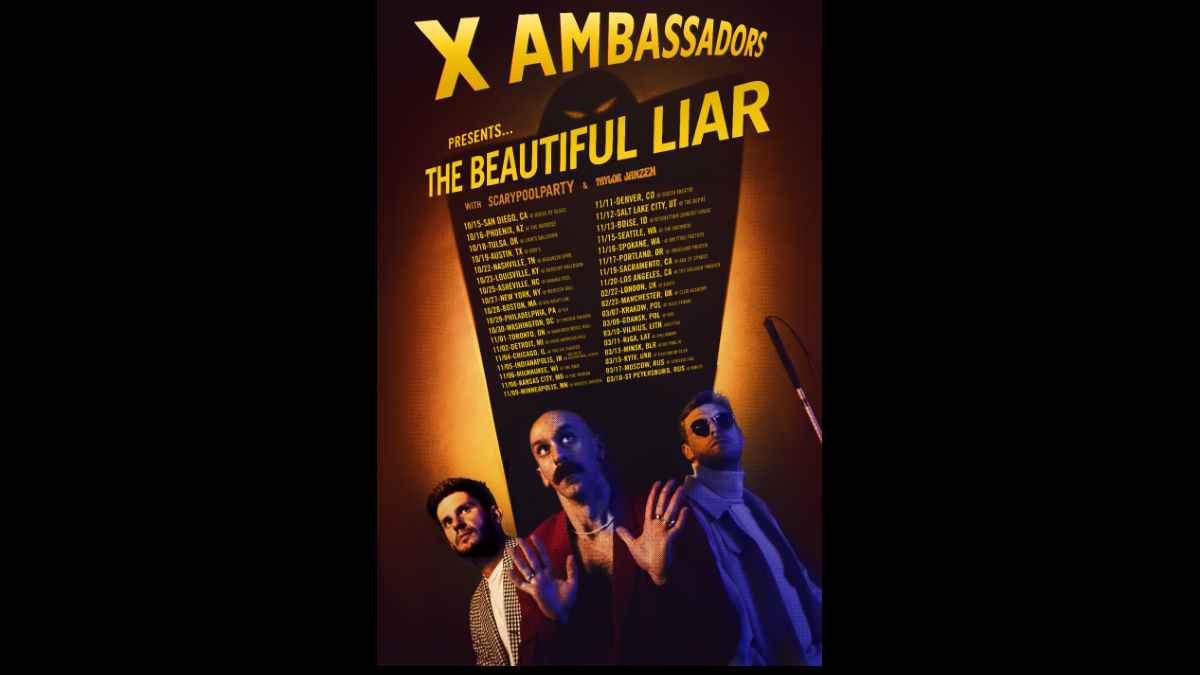 Last week X Ambassadors surprised fans with the release of a new song called "My Own Monster", and today they announced they will be returning to the road this fall.

The North American leg of the Beautiful Liar Tour is scheduled to kick off on October 15th in San Diego, CA at the House Of Blues and will be conclude on November 20th in Los Angeles, CA at Belasco.

They have recruited Scarypoolparty to provide direct support for the tour and Taylor Janzen will be the opening act for all stops on the North American portion of the tour.

The European leg will be launched on February 22nd of next year in London, UK at eARTH and will finish up on March 18th in St Petersburg, Russia at Morze. See the dates below: