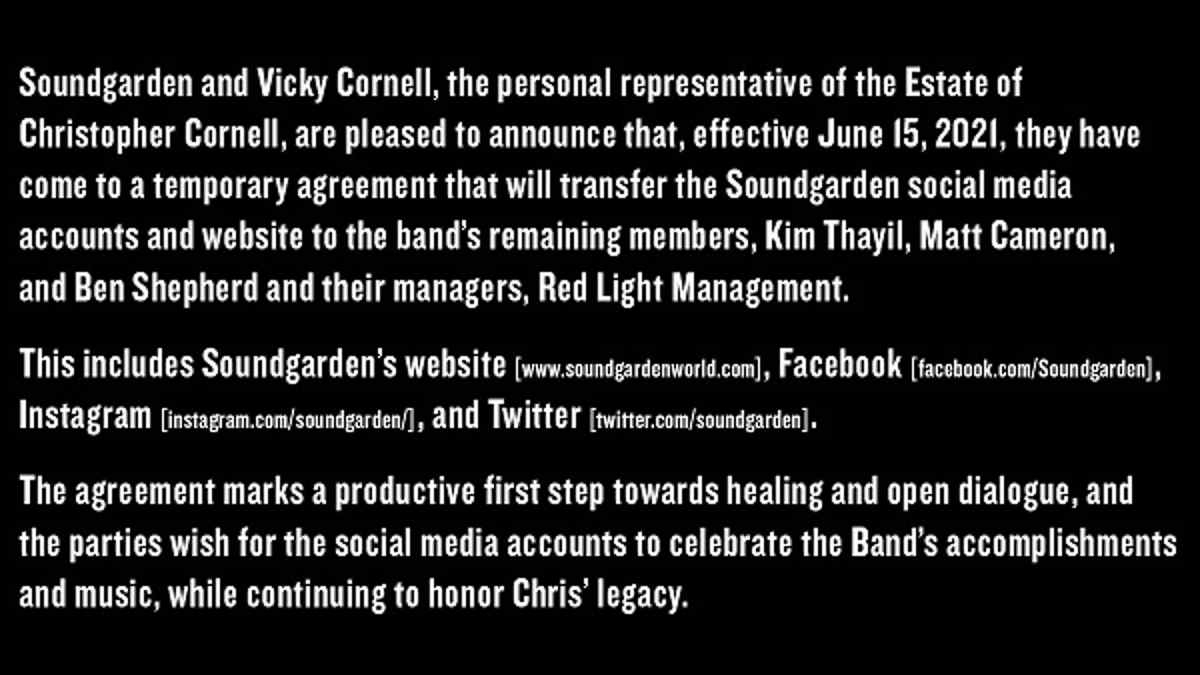 Soundgarden have announced that they have reached an agreement with late frontman Chris Cornell's widow Vicky Cornell over control of the band's social media properties.

They said in a statement, "Soundgarden and Vicky Cornell, the personal representative of the Estate of Christopher Cornell, are pleased to announce that, effective June 15, 2021, they have come to a temporary agreement that will transfer the Soundgarden social media accounts and website to the band's remaining members, Kim Thayil, Matt Cameron, and Ben Shepherd and their managers, Red Light Management.

"The agreement marks a productive first step towards healing and open dialogue, and the parties wish for the social media accounts to celebrate the Band's accomplishments and music while continuing to honor Chris' legacy. "