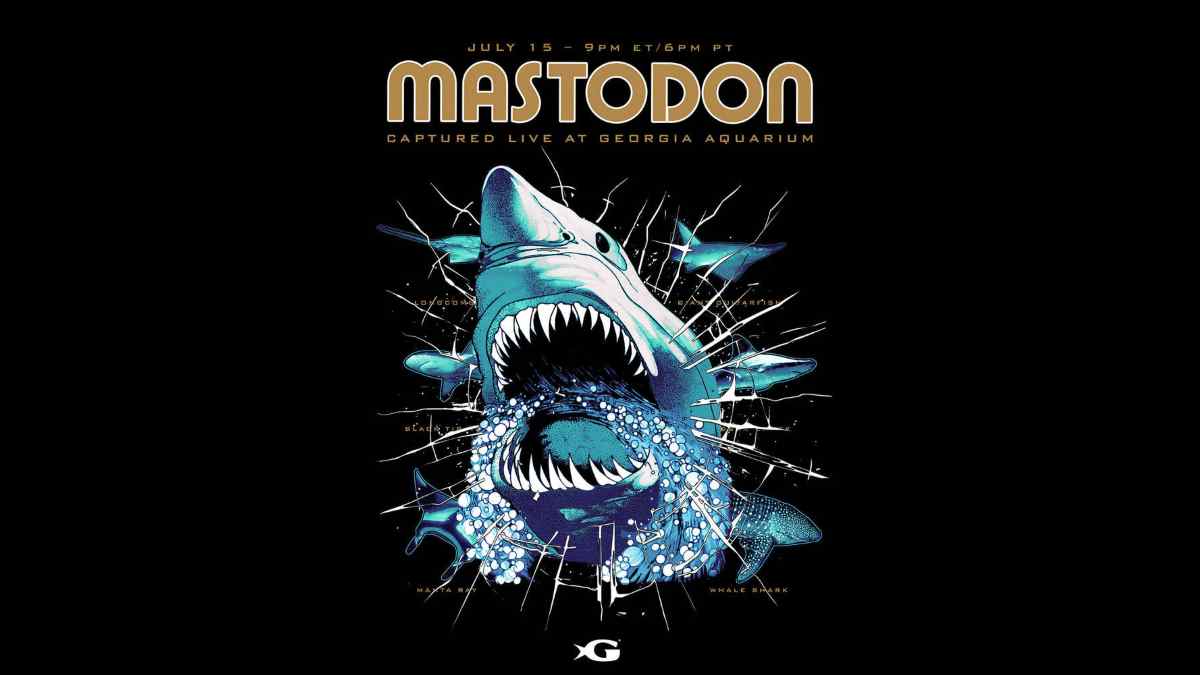 The band have teamed with the HD live streaming platform Dreamstage for the event; billed as "Captured Live At Georgia Aquarium", the show will present the first-ever Mastodon acoustic experience in an intimate setting from their hometown of Atlanta, GA. n addition, the program will include exclusive commentary from the band offering an inside view into their creative process.

Fresh off the release of their 2020 compilation, "Medium Rarities", along with "Rufus Lives" from the "Bill & Ted Face The Music (Original Motion Picture Soundtrack)" last autumn, Mastodon recently shared their new single, "Forged By Neron", from the "Dark Nights: Death Metal Soundtrack", which will be released on June 18.

Tickets for the event are now on sale, along with bundled merch packages, with $1 from each T-shirt bundle package going to support the Georgia Aquarium. here.