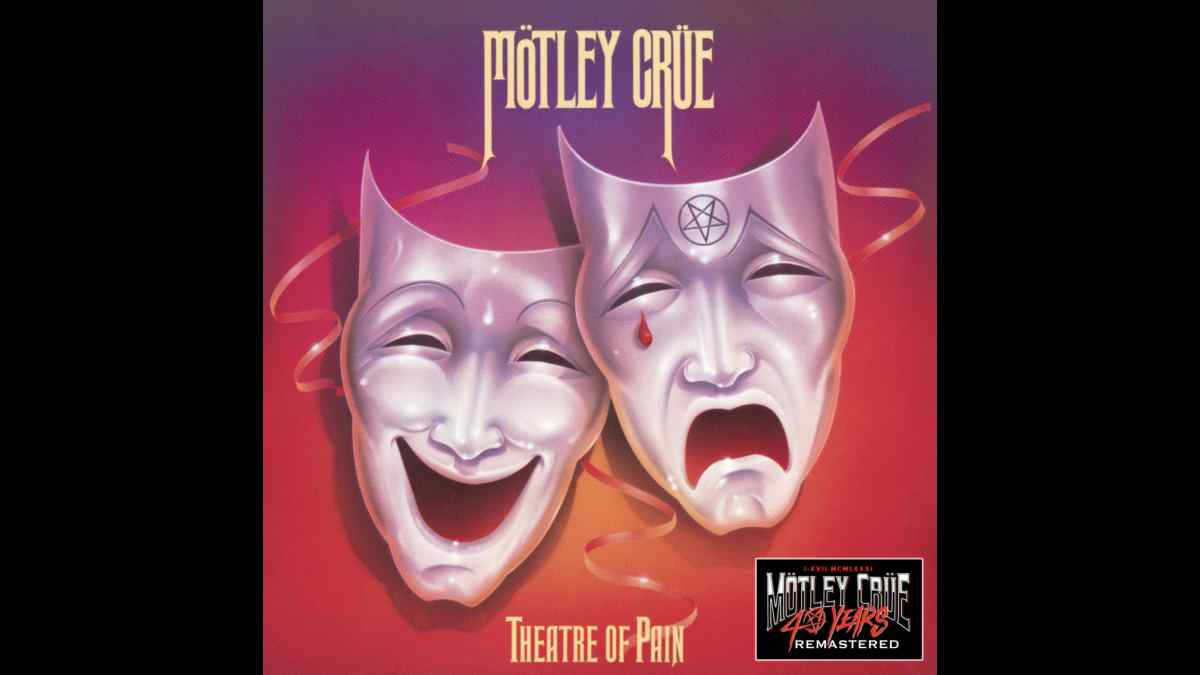 (hennemusic) Motley Crue will release a remastered digital version of their 1985 album, "Theatre Of Pain", on June 25 as part of the group's 40th anniversary celebrations.

Led by a cover of the Brownsville Station classic, "Smokin' In The Boys Room", the band's third studio album - which also featured the hit ballad "Home Sweet Home" - reached No. 6 on the US Billboard 200 and went on to sell more than 4 million copies in the country.

This yeart, Motley Crue are celebrating their milestone anniversary with a special series of music re-releases and fan activations, including the newly-issued digital version of their 1997 album, "Girls, Girls, Girls."

Bassist Nikki Sixx has confirmed that he will publish his new memoir, "The First 21: How I Became Nikki Sixx", on October 19 via Hachette Books; the project chronicles his journey from Idaho farmboy to the man who formed the notorious Los Angeles band.

Motley Crue recently postponed their US stadium tour with Def Leppard, Poison and Joan Jett & The Blackhearts, with shows moving to summer of 2022. Watch the trailer for the reissue here.