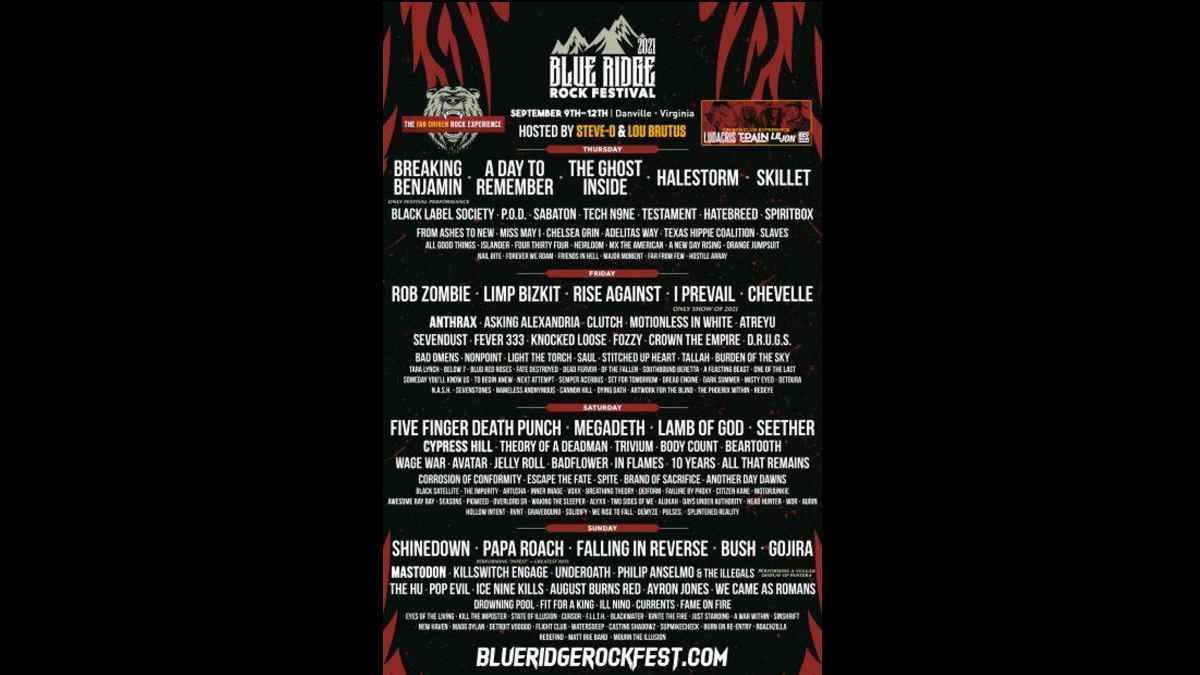 The fourth annual event will be taking place on Septmeber 9th through 12th at the Blue Ridge Amphitheater in Danville, VA and will feature six stages.

"What is taking place with Blue Ridge Rock Festival this year is truly humbling, and very special," says event promoter Purpose Driven Events' Chief Executive Officer Jonathan Slye. "The entire event is centered around a mission that resonates in a profound way with the fans.

"We are working around the clock to constantly innovate, listen to our fans, and fight for our passionate community. The rapid, organic growth of Blue Ridge from 3,500 attendees on our first weekend, to an already near sell-out of 150,000 this year is a true testament to that." See the currently announced full lineup below: