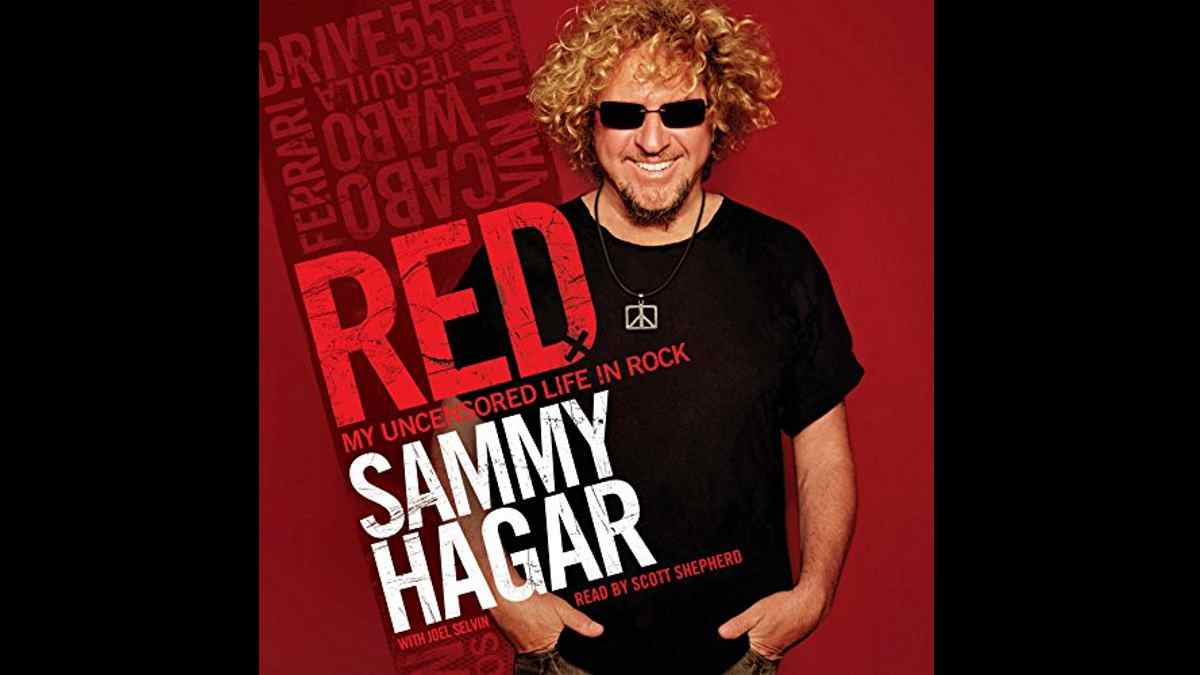 Sammy Hagar says in a new interview that he would change what he wrote about his former bandmate Eddie Van Halen if he were to have written his autobiography today.

Hagar released the memoir, "Red: My Uncensored Life In Rock", in 2011 and he reflects now that he included the late guitarist's "dark side" in the narrative and he would not do that if he were to write it now.

He told Inside With Paulo Baron, "Because of the untimely and tragic death of Eddie Van Halen, I apologize from the bottom of my heart for exposing his dark side to where I don't think anyone wants to hear that now, and, unfortunately, it's in the book."

After reiterating that what he wrote was the truth, he said, "If I wrote the book today, I would only put the good of Eddie Van Halen, because he was such a brilliant, genius guitar player and such a great friend and a great partner, until everything went wrong, like everything else.

"Anybody's that's been divorced or broke up with your girlfriend or your boyfriend, you know how it goes. Happy endings aren't always the case in a relationship.

Hagar also said of Eddie, "He was the sweetest guy in the world when I met him. When Eddie Van Halen walked into my dressing room in that show in Anaheim Stadium with Boston and Black Sabbath, that was one of the sweetest people, most humble human beings I've ever met in my life.

"I thought, 'How can this guy play so badass and be that humble?' I thought, 'It's impossible. He must have a fire inside of him that he's not showing.' And when that fire came out, it was quite the fire, a freakin' volcano." Watch the full interview below: