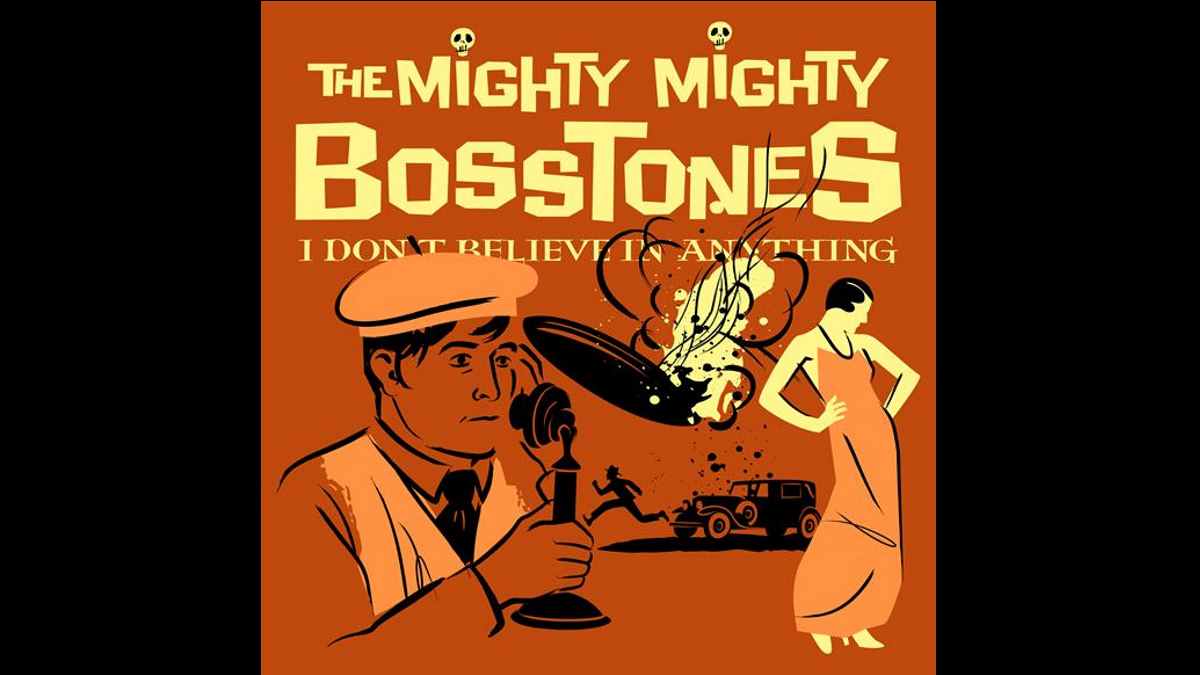 The Mighty Mighty BossToneS are streaming a new song called "I Don't Believe In Anything". The track comes from their forthcoming 11th studio album, "When God Was Great", which is due May 7th.

Frontman Dicky Barrett had this to say, "We were lightly writing songs before the insanity without any sort of timeline in mind. All of a sudden, the world changed and benchmark events in a very long career that we were looking forward to, such as playing with the Madness at the Greek Theatre, were taken away from us.

"With all of this time on our hands, we started writing at a quickened pace and we were really inspired. As grim as everything around us was in the outside world, this was the most fun we ever had making a record." Steam the new song below: