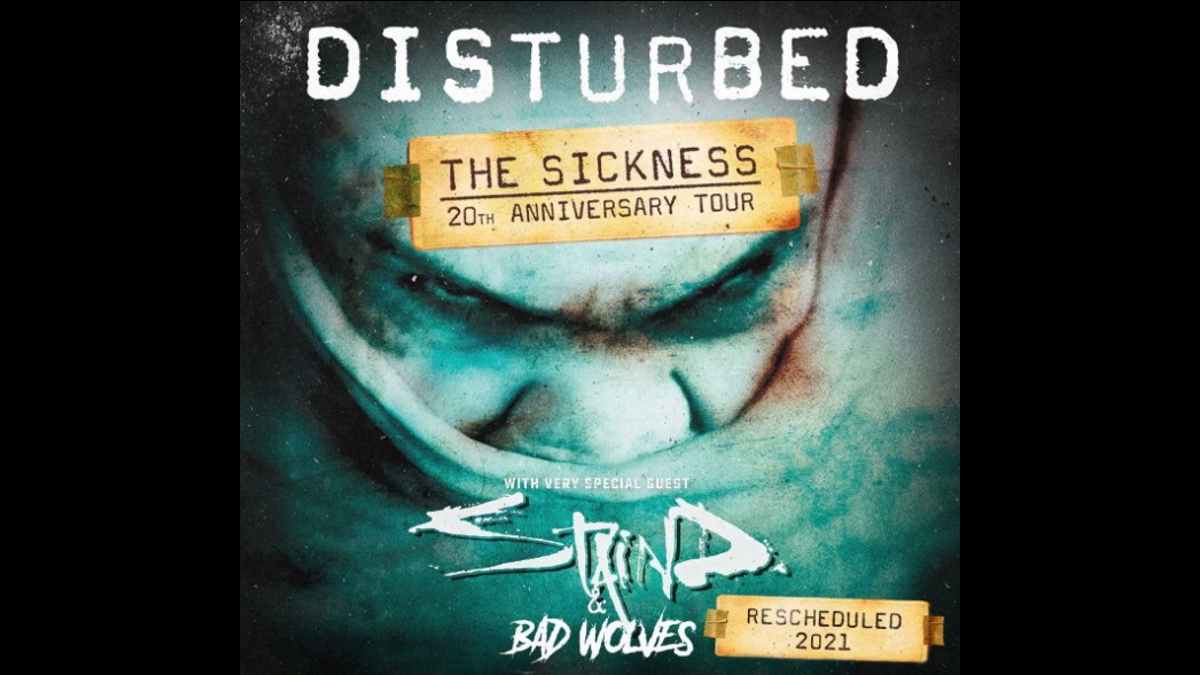 Disturbed have announced that they have been forced to officially cancel their "The Sickness 20th Anniversary Tour", after they had previously postponed the trek.

The tour celebrating the band's landmark album "The Sickness" was originally set to take place last year and feature special guest Staind and Bad Wolves, but was pushed back due to the pandemic.

The band broke the bad news about the cancelation with the following message for fans, "Disturbed Ones - It is with great disappointment that we must announce the cancellation of 'The Sickness 20th Anniversary Tour' dates that were rescheduled for this summer.

"We, like all of you, were very much looking forward to rocking out together again, after a year's delay. We've waited to see if we could play the shows and by now, we had hoped there would be more clarity and a clearer direction as how to make this possible.

"Unfortunately, as the tour takes us to different cities and states with a variety of unclear restrictions, it becomes unfeasible to move forward. We felt waiting any longer and canceling last minute, especially after you all have waited this long, would be unfair.

"For those who purchased tickets, there is nothing further you need to do - refunds will automatically be issued at your point of purchase.

"We want to thank all our fans for your wonderful support, and we look forward to the time when we can all be together."