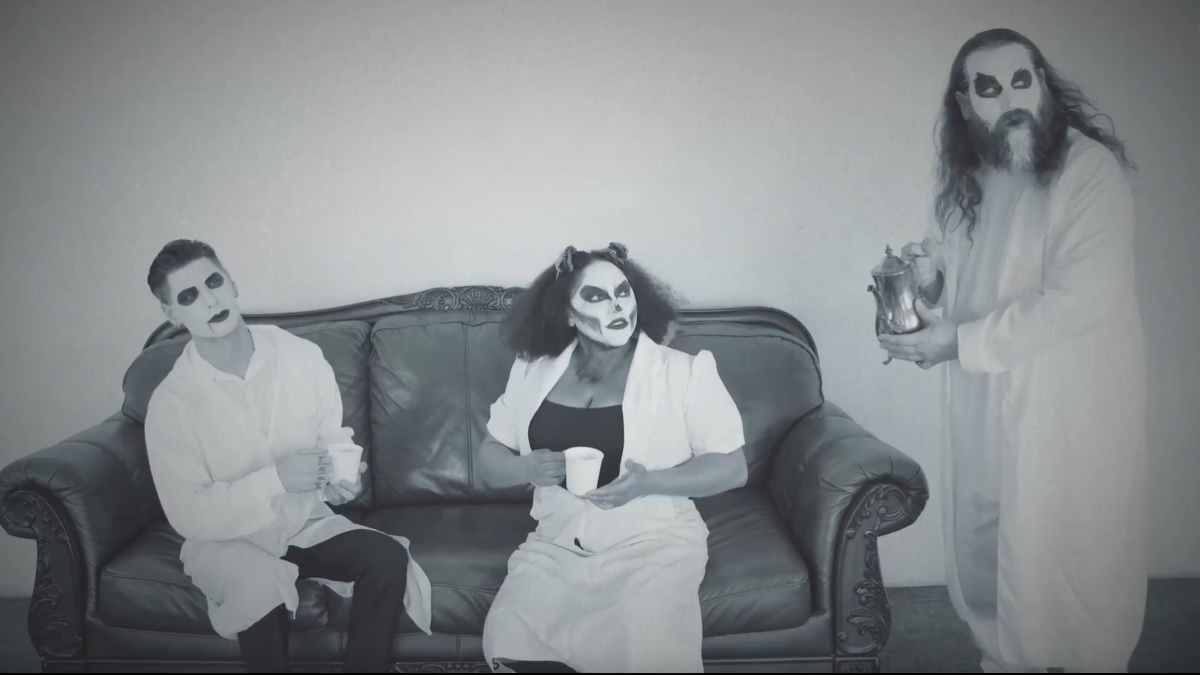 Living Dead drummer Nick Mason has made his directorial debut with The Rhythm Coffin brand new music video for their track "Balladstein," from their "The Coffin Creep" EP

The concept for "Balladstein" originated with cover art inspired by Bride of Frankenstein, designed by Aidan Casserly for the single's release. LDD brought the image to life for the video, infusing his own take on the doomed love story and allowing the characters to have a happier ending.

Mason co-wrote the storyline with assistant art director Kira Tidmore, who supervised the script and also oversaw makeup, wardrobe, and lighting. To stay as close to the original drawing as possible, Mason spent two months arranging costumes and props and scouting filming locations, eventually settling on a large studio space in downtown LA.

Says Mason of his directorial debut, "Everything went incredibly smoothly thanks to the wonderful film crew and the band's energy and willingness to 'do anything.' For my part, at least, it was a really enjoyable experience, although I may have annoyed Randy (the principal photographer) a bit during the editing phase. But I'd like to think everyone else had a good time, too. Top to bottom everyone is in love with the video and we can't wait to share it with the world." Watch the video below: