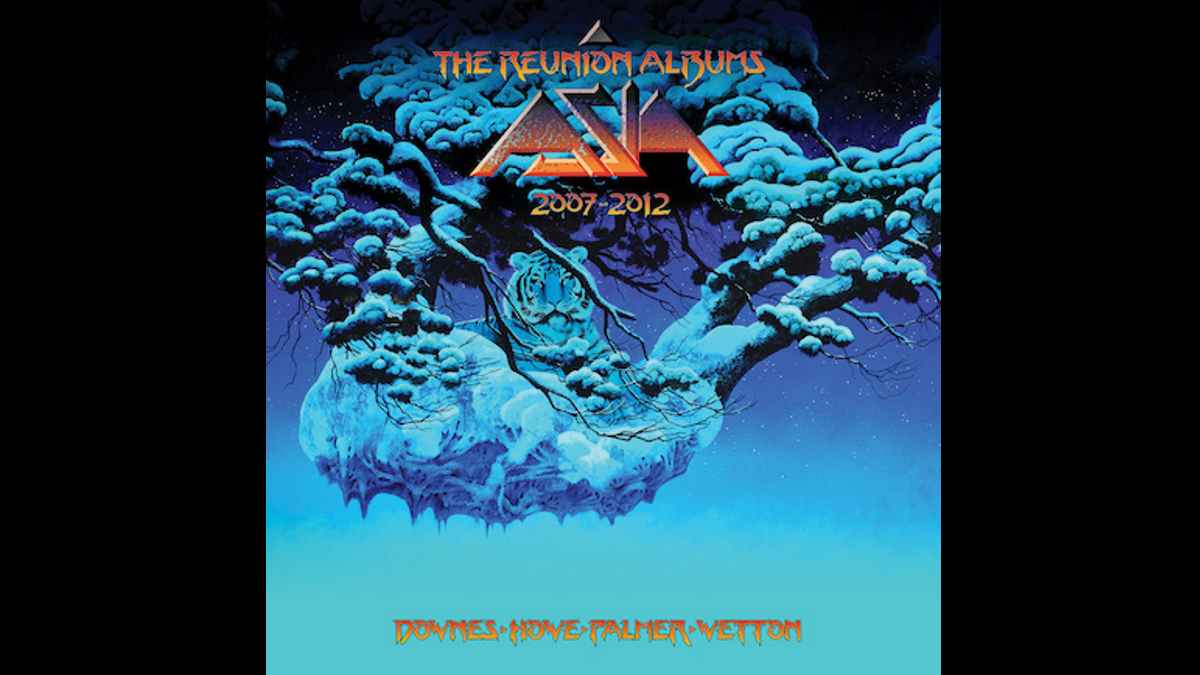 Asia have announced that they are celebrating their 40th anniversary by releasing a brand new 5CD boxset entitled "The Reunion Albums: 2007 - 2012" on June 11th.

Carl Palmer had this to say about the reunion albums, "The chemistry and energy that comes out when the four of us are working together, is reflected in the new material."

John Wetton added, "Each one of us is comfortable as a human being, and the sound reflects the collective maturity of these four people who are not only eager to explore but also relaxed enough to luxuriate in the strength of the material."

This boxset features the original ASIA line-up, reformed in 2006, and brings together, for the first time, all of ASIA's essential music into one concise collection.