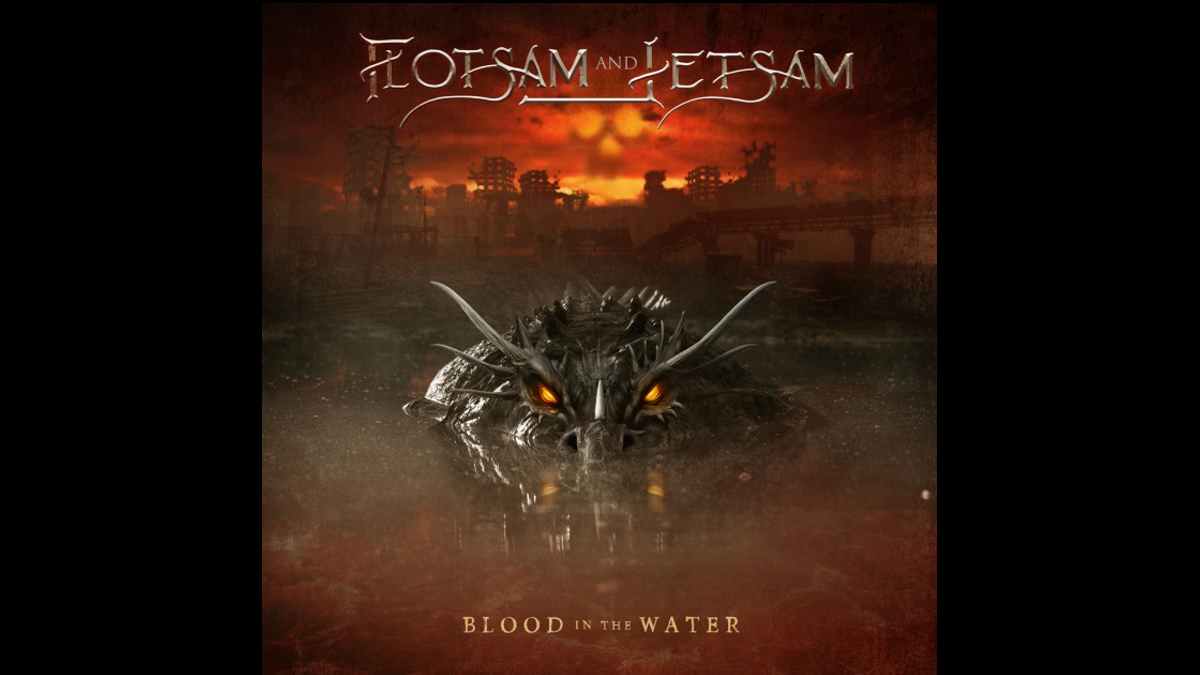 Metal veterans Flotsam And Jetsam have released a lyric video for their new single "Blood In The Water". The song is the title track to their forthcoming album, which is set to hit stores on June 4th.

Ken Mary had this to say about the song, "This last year was a very different year for many of us, and we will say that the tragedy and difficulty had an impact on this song and this new album.

"'Blood In The Water' is one of the most aggressive Flotsam songs ever, but that wasn't planned. We just tried to pour everything we were feeling into each song.

"We didn't want to analyze it or qualify it, and we just let the song be what it was going to be. What you're hearing is the result of what I'd say is the closest you can get to looking at the inside of Flotzilla's brain!" Watch the video below: