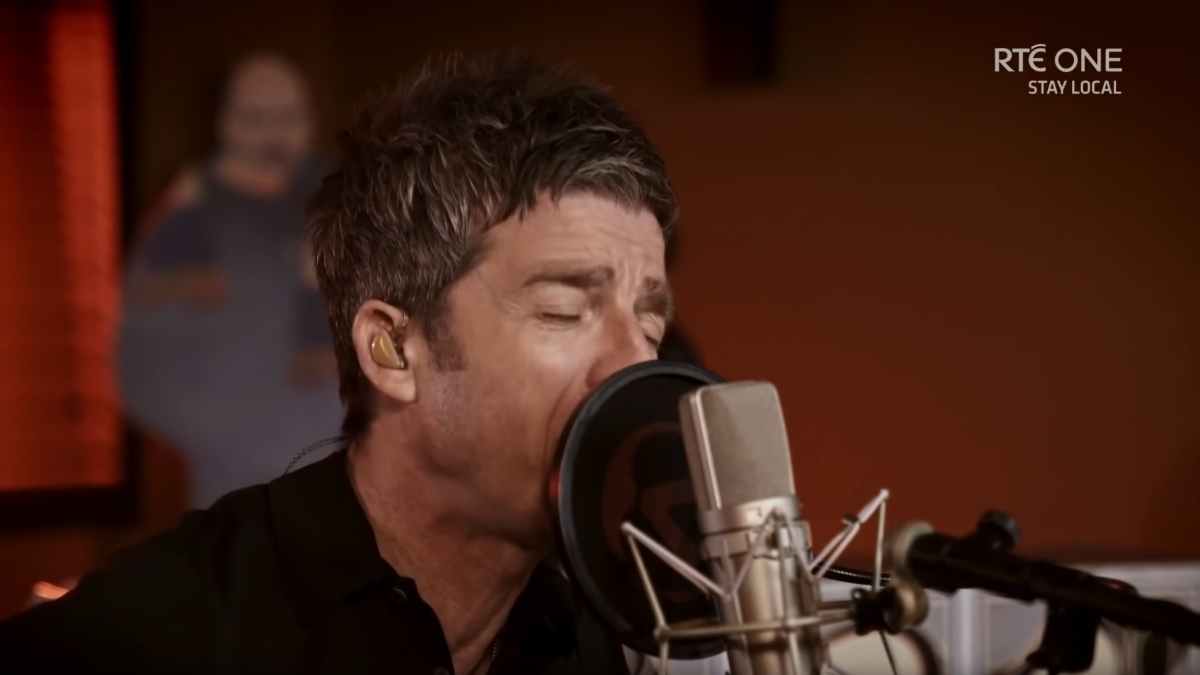 (hennemusic) Noel Gallagher delivered an acoustic performance of "Dead In The Water", on the April 30 episode of Irish television's The Late Late Show and video of the performance has been shared online.

Due June 11, the project captures the first decade of Gallagher's work with The High Flying Birds by mixing tracks from their three albums and three EP's; the set includes two new songs: "Flying On The Ground" and the newly-released lead single, "We're On Our Way Now."

"Back The Way We Came: Vol 1 (2011-2021)" will be available in multiple formats, including a 2-CD set, a deluxe 3-CD package and a vinyl boxset; a limited edition, numbered, hand-pressed, colored, double LP with exclusive art print is being sold for Record Store Day on June 12.

Limited edition deluxe formats will include a bonus disc of previously-unreleased acoustic versions, remixes, instrumentals and an unheard demo. here.

Noel Gallagher To Perform On The Tonight Show

Noel Gallagher 'Flying On The Ground' With New Video