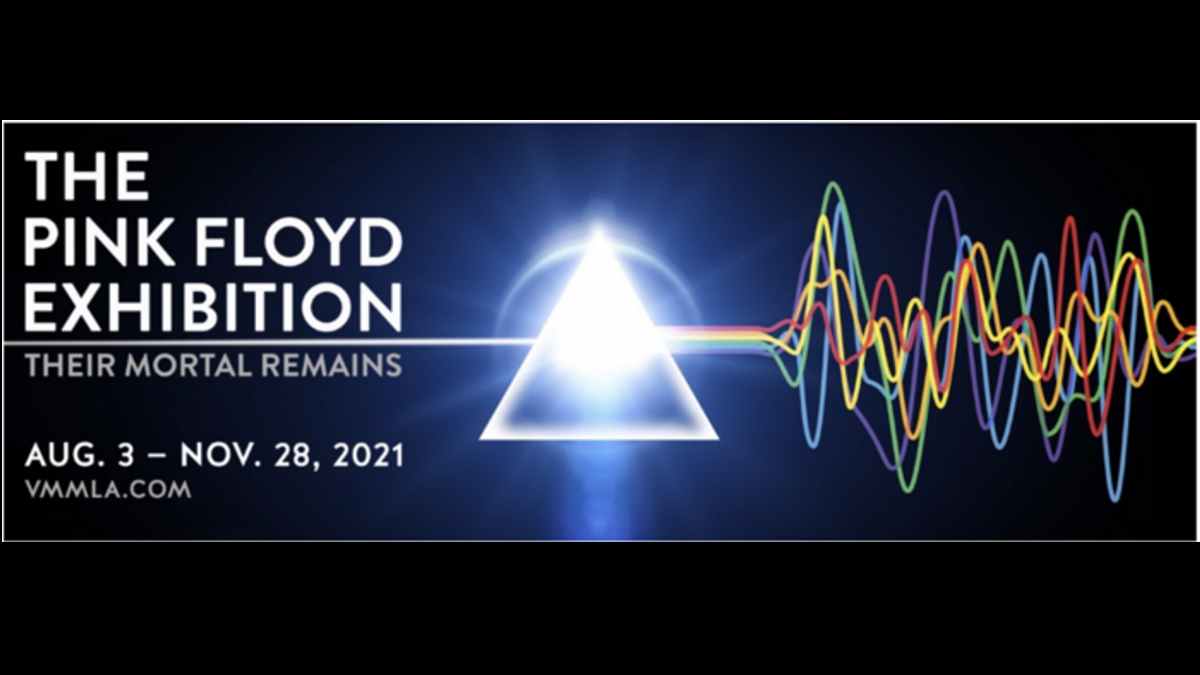 (hennemusic) Los Angeles will play host to "The Pink Floyd Exhibition: Their Mortal Remains", later this year. Following its hugely successful debut at London's Victoria and Albert Museum in 2017, the Exhibition will take residency at the Vogue Multicultural Museum on Hollywood Boulevard starting August 3.

The Pink Floyd Exhibition is a collaboration between the members of Pink Floyd and curator Aubrey 'Po' Powell. Developed closely with drummer Nick Mason (Exhibition Consultant for Pink Floyd), the exhibition features over 350 artifacts while presenting an audio-visual journey through more than five decades of one of music history's most iconic groups.

Among the objects on display are handwritten lyrics, musical instruments, letters, original artwork, and many of the band's stage props, some of which have long been held in storage facilities, film studios, and in the personal collections of band members before being 'dusted off' for the exhibition.

The chronological trip through Pink Floyd's history connects music, art and design, sound technology and live performance, and is enhanced throughout by music and the voices of past and present members including Syd Barrett, Roger Waters, Richard Wright, Nick Mason and David Gilmour, talking about their experiences and musical experimentation via an intuitive audio guide system.

This culminates in the Performance Zone, where visitors enter an immersive audio-visual space, which includes Pink Floyd classic tracks as well as the recreation of the very last performance of David Gilmour, Roger Waters, Richard Wright, and Nick Mason, performing "Comfortably Numb" at Live 8 in 2005. Watch the trailer and read more here.