Metallica Mondays Returning For One Night Only 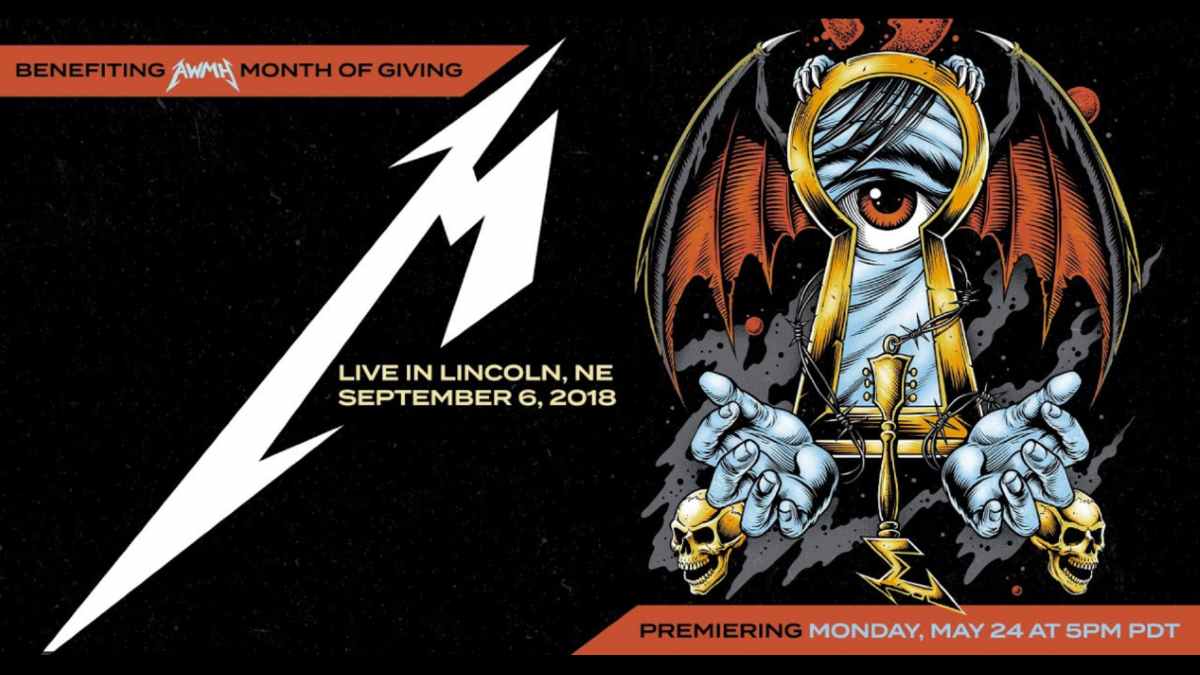 (hennemusic) Metallica will stream a 2018 concert in its entirety during the one-night-only return of #MetallicaMondays series in support of their All Within My Hands Foundation.

"In honor of Month Of Giving, we are bringing Metallica Mondays back for a special, one-night-only event!," says Metallica. "Tune in Monday, May 24 to catch Metallica: Live In Lincoln, Nebraska - September 6, 2018, shot on the North American leg of the WorldWired Tour, including a very rare performance of 'The Unforgiven III'."

The show premieres next week on YouTube and Facebook at 8 PM EDT.
"And just like all our #MetallicaMondays shows last year, this one will feature simultaneous fundraisers on both platforms for the All Within My Hands Month Of Giving benefitting Feeding America and Direct Relief.That means that your generosity will help combat food insecurity on a national level in the US, as well as improve quality of life for people confronting enormous hardship while recovering from disasters worldwide." here.