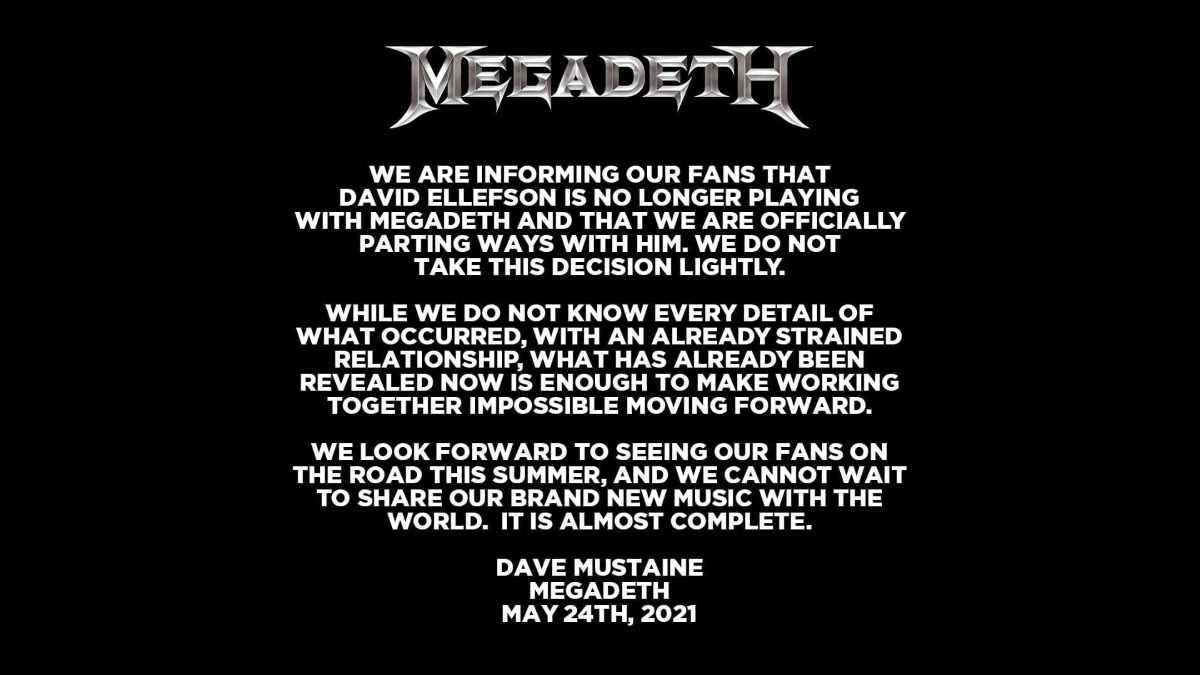 Megadeth announced on Monday (May 24th) that they have officially parted ways with cofounding member David Ellefson following the leak of sexual conversations with an unnamed woman.

Frontman Dave Mustaine had the following to say about their decision to let David go, "We are informing our fans that David Ellefson is no longer playing with Megadeth and that we are officially parting ways with him. We do not take this decision lightly.

"While we do not know every detail of what occurred, with an already strained relationship, what has already been revealed now is enough to make working together impossible moving forward.

"We look forward to seeing our fans on the road this summer, and we cannot wait to share our brand new music with the world. It is almost complete. Dave Mustaine Megadeth May 24th, 2021".