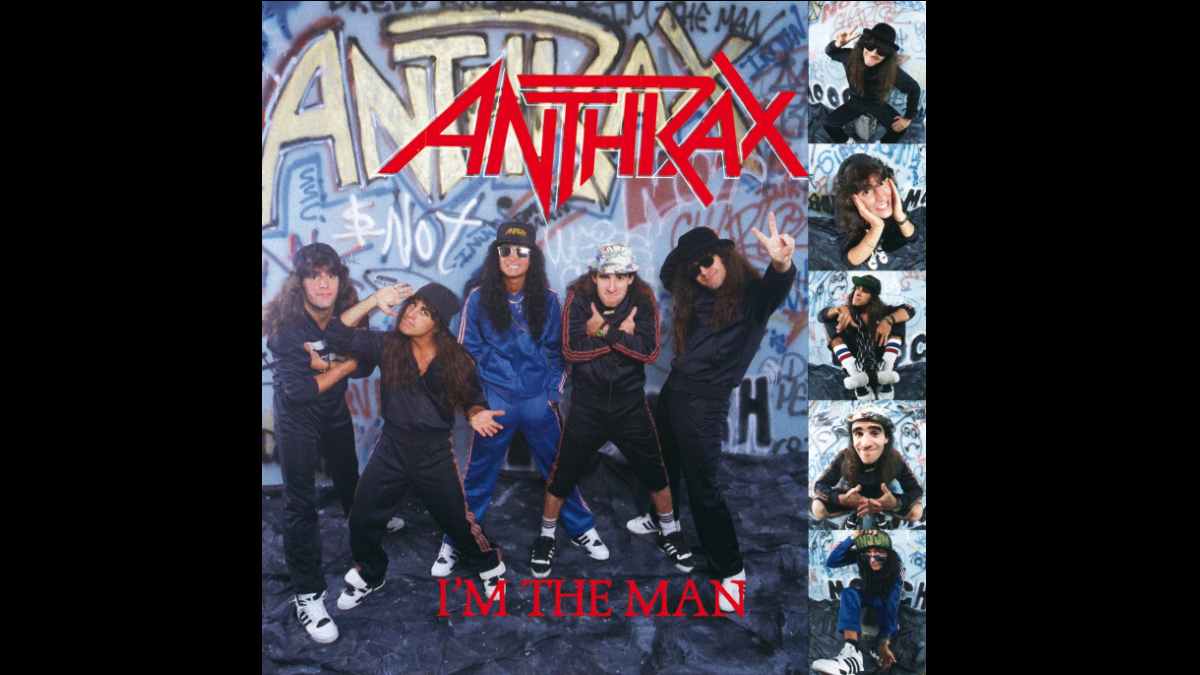 (hennemusic) Anthrax revisit their merger of rap and metal on their 1987 EP, "I'm The Man", in the latest installment in the band's ongoing 40th anniversary video series.

Considered one of the first rap-metal songs, the title track, which features samples of tracks by Metallica, The Beastie Boys and Run-DMC, among others, was issued as the set's lead single.

Episode 10 in the Anthrax 40 series features insight into the project from band members, DMC, and fellow rockers Rob Zombie and Corey Taylor. Anthrax will celebrate their 40th anniversary with a very special livestream performance on Friday, July 16 that will see the band deliver a deep cuts set that will pull from their entire career-spanning catalog. Watch the episode here.