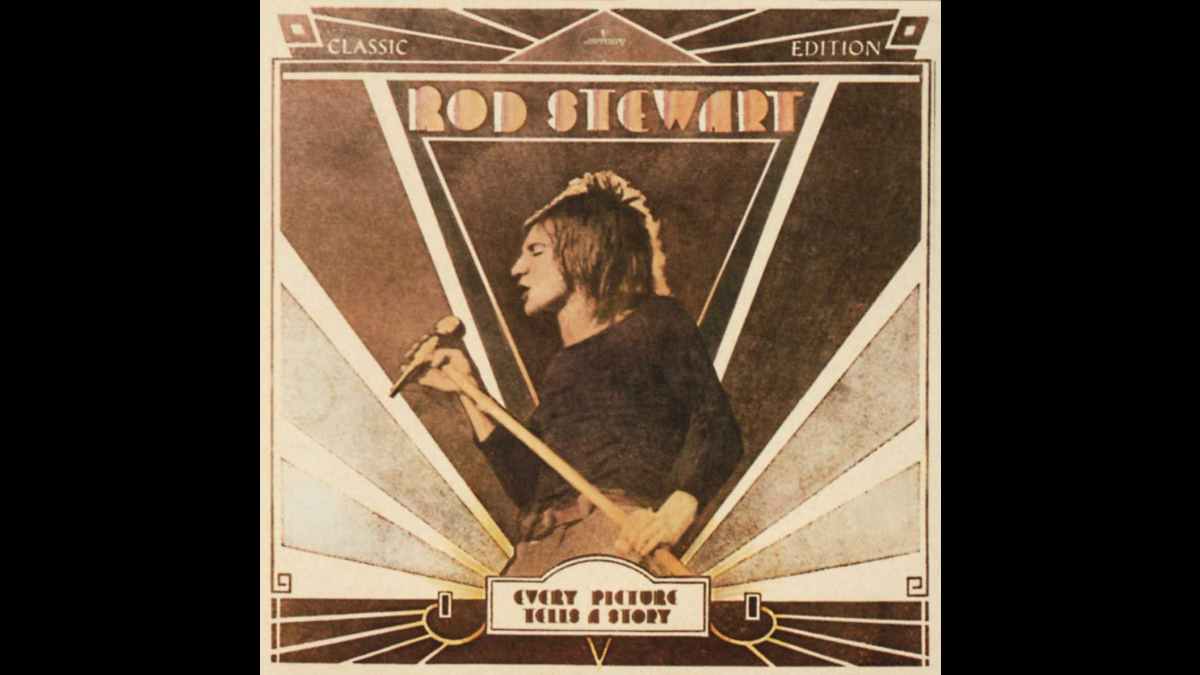 The 50th anniversary of Rod Stewart's hit album "Every Picture Tells A Story" is being celebrated by the syndicated radio show In The Studio With Redbeard this week.

"The show's host Redbeard had this to say, "'If you would've told me in 1970 that I would have a #1 hit in America, well all around the world actually, I'd have said 'Forget it!',' admits Rod Stewart on the golden anniversary Every Picture Tells a Story, 'especially since 'Maggie May' almost didn't make the record.' Now that's just one revelation in this charming classic rock interview commemorating the fiftieth anniversary of Rod Stewart's breakthrough in May 1971 which also contained 'Mandolin Wind', impeccable choices of covers from Bob Dylan ('Tomorrow is a Long Time'), Motown ('I Know I'm Losing You'), and Tim Hardin ('Reason to Believe'), and the slammin' autobiographical 'Every Picture Tells a Story'.

"When the Jeff Beck Group made their American debut at New York City's Fillmore East, no one in the audience watching the young lead singer Rod Stewart hide behind the backline amps due to major stage fright could have imagined that the raspy-throated rooster-haired Englishman would become an international star just three years later with his third solo album, 1971's Every Picture Tells a Story. There are so many wonderful tales behind the songs, the various musicians, and the recordings on Every Picture Tells a Story , and Rod Stewart does a marvelous job sharing them all here in one of my favorite classic rock interviews. Plus Rod intimates some colorful, often hilarious stories about the legendary band he also fronted at the time, The Faces .

"In our critical first five episodes back in 1988, In the Studio scored something of a major 'get' for an upstart fledgling rookie on the crowded national weekly syndicated radio sweepstakes: an hour-long visit with superstar singer Rod Stewart, to explore his breakthrough 1971 solo effort Every Picture Tells a Story, something that the Rodster was not known to do in past interviews. We agreed to meet at co-manager Randy Philip's Beverly Hills house. During the actual interview, we were interrupted by the delivery of a new shiny black Corvette convertible for Rod, and he admitted that it was the first American-made car that he ever owned (after the interview concluded, I gave the car dealer a ride back to his Beverly Hills office ). If you listen carefully, at times you can hear Rod's then-twelve year old blonde-haired daughter Kimberly watching television in an adjacent room while her dad charmed me for hours at his storytelling best about this album ranked at #171 on Rolling Stone magazine's 'Top 500 Albums of All Time'.

"And ladies & gentlemen, Rod Stewart has been knighted. This despite the fact, Stewart maintains, that at his first record company meeting, 'They didn't like me clothes, me nose, or me hair.' Upon the announcement, Sir Rod said: 'I've led a wonderful life and have had a tremendous career thanks to the generous support of the great British public. This monumental honour has topped it off and I couldn't ask for anything more. I thank Her Majesty and promise to 'wear it well'.' " Stream the episode here.