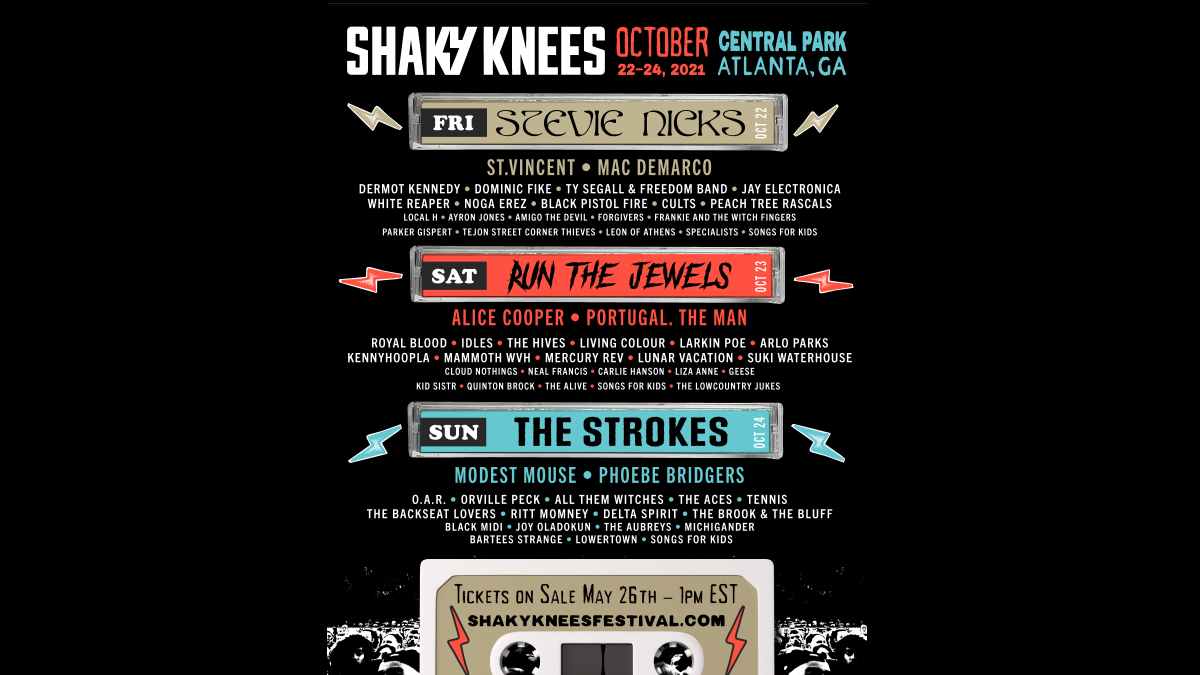 Organizers of the Shaky Knees Music Festival have announced that Fleetwood Mac legend Stevie Nicks, The Strokes and Run The Jewels will headline this year's event.

The 8th Shaky Knees Music Festival will be taking place on October 22nd through 24th, 2021 at Central Park in downtown Atlanta and will feature four stages.

"We are really happy to be able to deliver Shaky Knees this October with a lineup that truly has something for everyone," said Tim Sweetwood, Founder. "We look forward to getting back into Central Park with our amazing Shaky family of fans and hear some incredible live music together."