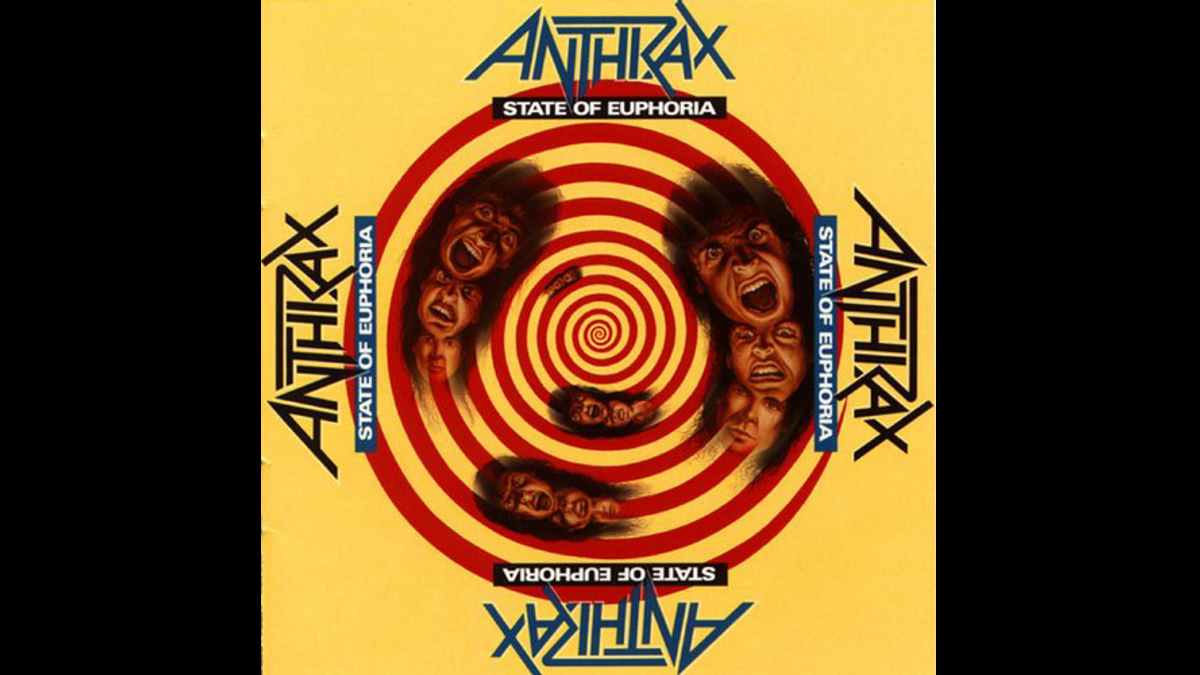 (hennemusic) Anthrax revisit their tour in support of the 1988 album, "State Of Euphoria", in the latest installment in the band's 40th anniversary video series.

The album "came out in September of '88 and we were already on tour," explains guitarist Scott Ian. "We had started with Maiden and the Monsters Of Rock bill, that started in Europe in July, I think, of '88. Most of the shows, it was like Maiden and KISS and us."

The trek was "right in the middle of the game where things started to evolve a little more as we went," recalls singer Joey Belladonna. "And we had the Ozzy tour, and packed arenas with mounds of cars."

Fan support during the tour helped "State Of Euphoria" deliver Anthrax their highest US chart placement to date when it reached No. 30 on the Billboard 200 while earning Gold status for sales of 500,000 copies in the country.

Formed in Queens, NY in 1981, Anthrax will celebrate their 40th anniversary with a very special livestream performance on Friday, July 16 that will see the band deliver a deep cuts set that will pull from their entire career-spanning catalog. Watch the episode here.