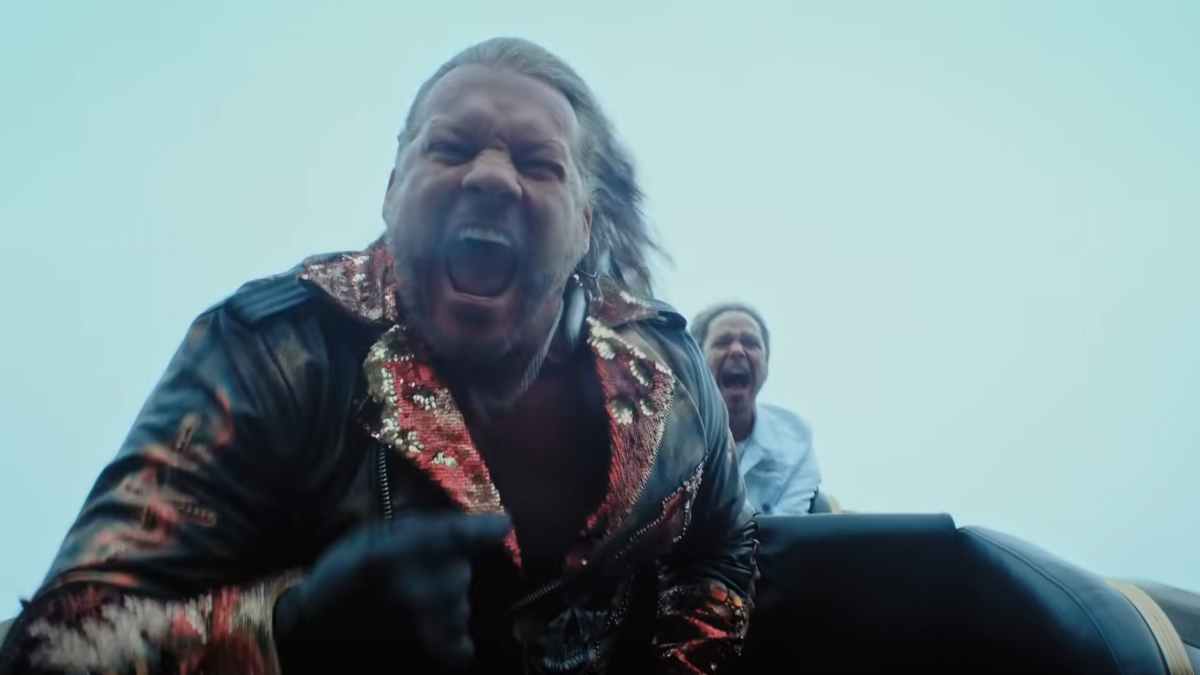 Fozzy have released a brand new video for their track "Sane." The new clip was filmed on the longest wooden rollercoaster on the planet that reaches speeds of 70 mph.

Frontman Chris Jericho had this to say, "'Sane' is the perfect first single for Fozzy to unleash on the world, as it's heavy, hooky, catchy and RIFF-TASTIC!!

"I can't think of a better way to remind everybody of the feeling you get when u hear a great rock n roll tune, one that makes u wanna put the top down on your car and put your foot down on the gas....and 'SANE' is that tune!

"It's been such a tough year in so many ways, but now as the world is slowly getting better, Fozzy is here to vaccinate you with a proverbial phonograph needle and make you wanna ROCK again."

Guitarist Rich Ward added,, "After the first few songs started to develop in the early stages of writing material for Fozzy's new record, we knew we were onto something special.

"We were inspired, creating music that had the potential to be the best we'd ever recorded. The only thing we were missing was a riff worthy of opening the record. The next day, I came to the studio with 'Sane'!" Watch the video below: