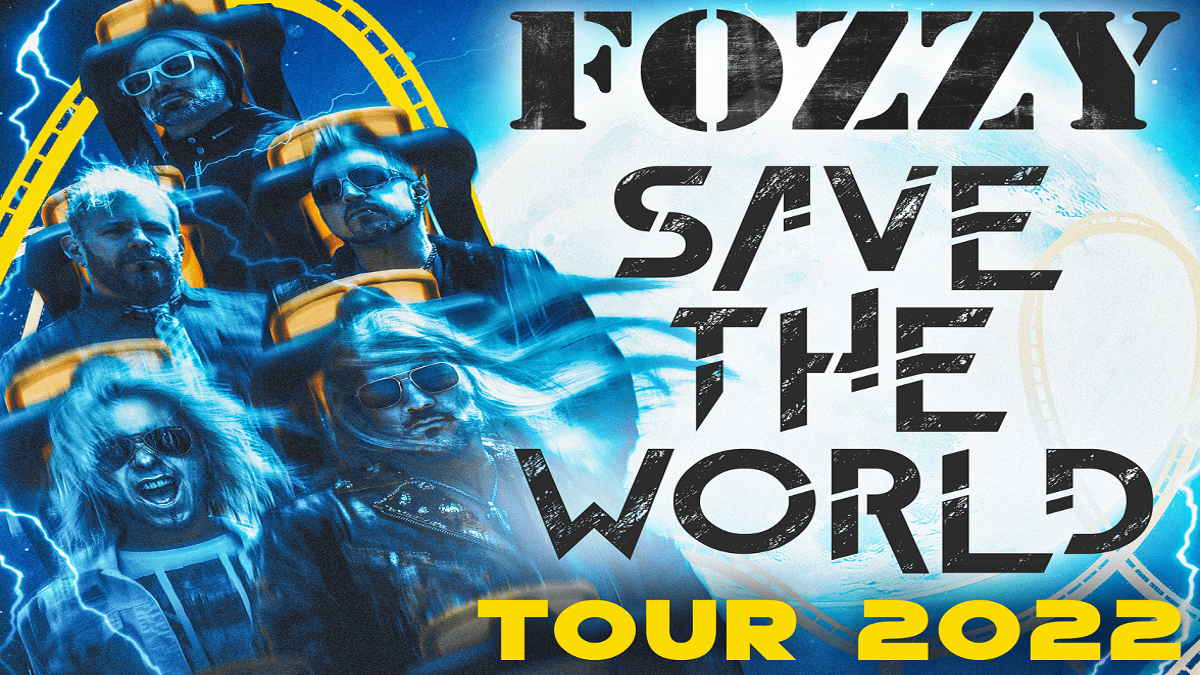 Fozzy have announced that they will be launching their Save The World Tour of the U.S. next month that will feature special guests GFM, KrashKarma, and The Nocturnal Affair.

The tour is scheduled to kick off on March 31st in Detroit, MI at St Andrew's Hall and will run until May 16th where they will be wrapping it up in Sauget, IL at Pop's.

Frontman Chris Jericho had this to say, "After our hugely successful first US leg of the Save The World Tour back in September & October and the completely SOLD OUT UK run in December, we can't wait to roll across the States again in 2022 and blow the damn doors off EVERY venue we rock!

"At this point our reputation as being one of the best live bands in the world precedes us and, as a result, we promise not to let anybody down; both with our killer rock show AND our savage fashion sense! All hail the return of the Fozz!"