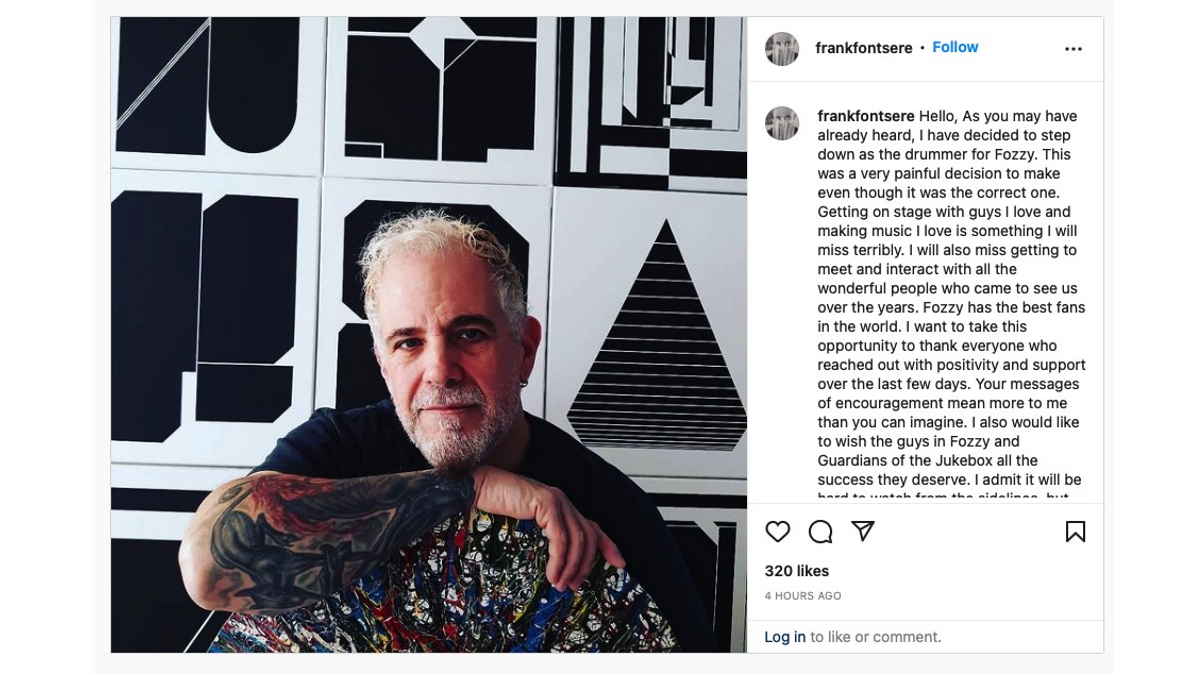 Former Fozzy drummer Frank Fontsere has taken to social media to explain the reason that he announced his depart from the group this past Monday (January 3rd).

Fontsere shared the following message via his Instagram "Hello, As you may have already heard, I have decided to step down as the drummer for Fozzy. This was a very painful decision to make even though it was the correct one. Getting on stage with guys I love and making music I love is something I will miss terribly. I will also miss getting to meet and interact with all the wonderful people who came to see us over the years. FOZZY has the best fans in the world.

"I want to take this opportunity to thank everyone who reached out with positivity and support over the last few days," he continued. "Your messages of encouragement mean more to me than you can imagine. I also would like to wish the guys in Fozzy and Guardians Of The Jukebox all the success they deserve. I admit it will be hard to watch from the sidelines, but it's the way it needs to be.

"As was mentioned in the post on Monday, the reason I need to step away is I no longer want to spend time away from home. If I'm honest, traveling was always my least favorite aspect of being in a band. Having a wife and son, especially a son who just turned 7 and is growing and changing day by day; touring was getting increasingly hard. It was affecting my mood and I was having a negative impact on the people around me. In a band situation, this is not good. It was also affecting my love of drumming. Drumming was starting to feel more like a job than a passion. In a band situation, this is lethal. I need a change.

"This is not the last you will hear from me however. You're not getting rid of me that easily. I have lots of plans for the future which include creating art and making drumming videos. In a lot of ways, I feel as though my life is just beginning.

"I sincerely hope you will continue forward on this journey with me. Much love to all and you'll be hearing from me again soon. Frank."