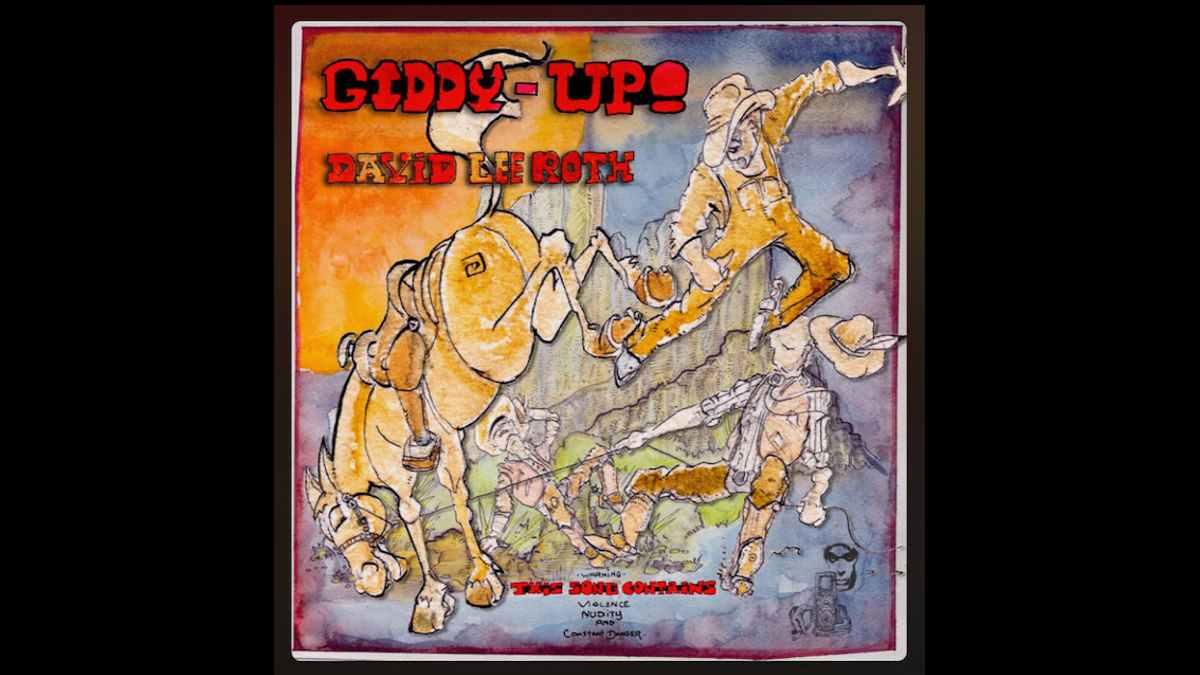 Van Halen frontman David Lee Roth has released a new song called "Giddy-Up!," that is part of the album project that he had recorded with guitarist John 5.

The guitarist, who is also known for his work with Marilyn Manson, Rob Halford's 2wo and Rob Zombie, played lead guitar on Roth's 1998 album "DLR Band", shared some details about the unreleased album in 2014.

He said the project featured "11 of the greatest songs you'll ever hear, and it's just me and Dave, and we had Gregg Bissonette play drums on it. And it's unbelievable. There's a song called 'Somewhere Over The Rainbow Bar And Grill'. And you know, just great, great songs."

Roth shared "Somewhere Over The Rainbow Bar And Grill" last October as a tribute to Eddie Van Halen. He said "Hey Ed. I'm gonna miss ya' See you on the other side."

Fans got more of a taste of the unreleased album when Dave launched his "The Roth Project" online graphic novel that included four tracks from the unreleased John 5 record.

"Giddy Up" has now been officially released by Roth and is accompanied by his original artwork. Stream the song below: