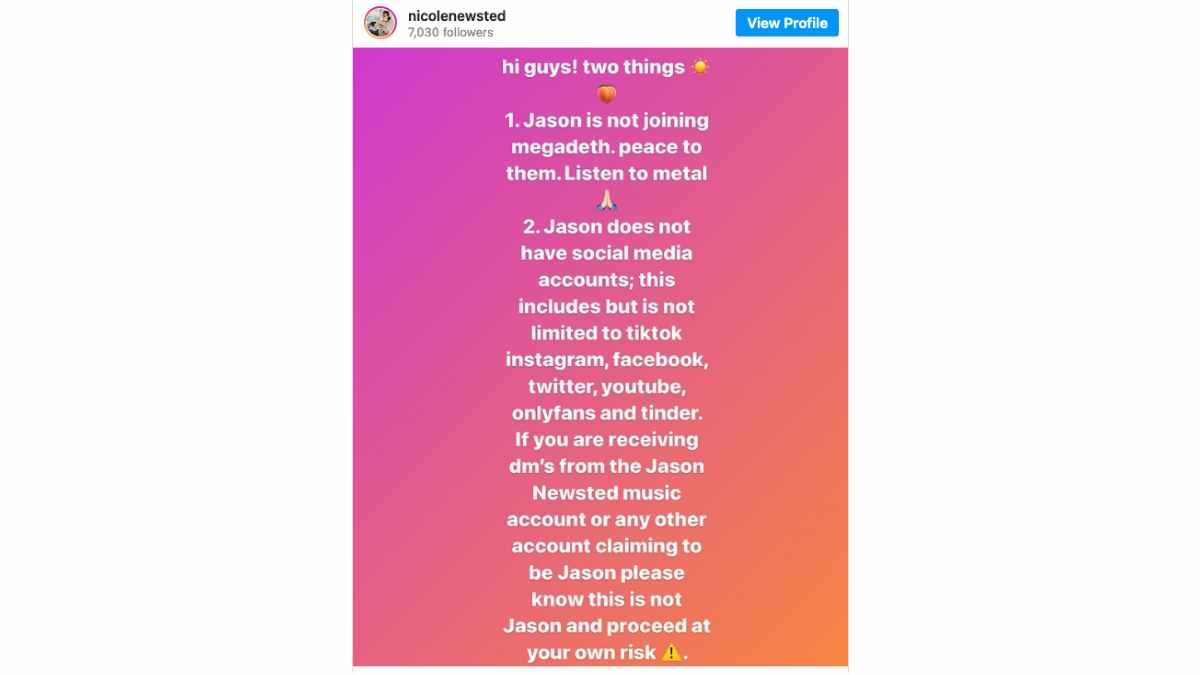 Former Metallica bassist Jason Newsted's wife took to social media to shoot down rumors that her husband is joining Megadeth after the band dismissed David Ellefson earlier this month.

There has been speculation that Dave Mustaine was recruiting Newsted as a replacement but Jason's wife Nicole addressed the rumors on her Instagram page on Sunday, May 30th.

She wrote, : "Hi guys! Two things "1. Jason is not joining Megadeth. peace to them. Listen to metal 2. Jason does not have social media accounts; this includes but is not limited to TikTok, Instagram, Facebook, Twitter, YouTube, Onlyfans and Tinder.

"If you are receiving dm's from the Jason Newsted music account or any other account claiming to be Jason please know this is not Jason and proceed at your own risk".