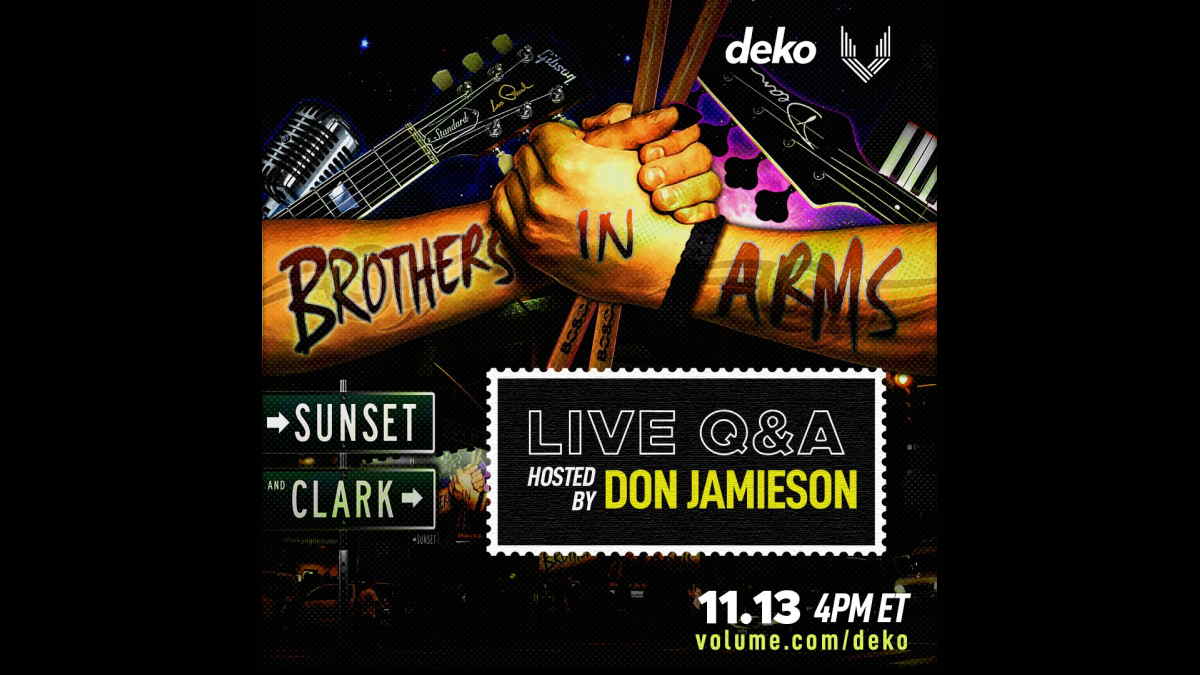 (Chipster) Deko Entertainment and Volume.Com have announced that they will be hosting a special livestream event with Jack Frost's Brothers In Arms on November 13th.

The live Q&A will be hosted by Don Jamieson, with Jack Frost, Andrew Freeman (Last In Line), Keith St John (Kingdom Come) and the rest of the Brothers In Arms. We were sent the following details:

Brothers In Arms is the brainchild of guitarist/composer Jack Frost (Savatage, Seven Witches, Lizzy Borden, etc...), who along with several recruited iconic rock brothers, has made it his mission to prove rock music will never die. The guys unified to take a stand against the doubters and cynics who have claimed that it's simply not possible to resurrect this celebrated music in which so many lasting and fond memories were built around. Banding together, Jack & the Brothers forged ahead with one main goal: To make quality music that would both represent and immortalize the days of the sold-out legendary rock venues, to show the world that rock is not just a thing of the past.

What is Brothers In Arms? Who is Brothers In Arms? All of your questions will be answered on Saturday November 13th at 4:00 (EST). Don Jamieson will dig in with Jack Frost (Savatage), Andrew Freeman (Last In Line), Keith St John (Kingdom Come), Charlie Calv (Angel), Carl Wilcox (Diamond Head), Alex Jansen (Hardline), Todd Poole (Roxy Blue), Nick Walsh (Moxy), Jesse Damon (Silent Rage), and anyone else who stops by, to give you an insight into the new release "Sunset and Clark", Don comments, "Hey everyone come join me and some of my notable musician friends for a rock & roll roundtable to discuss a cool new band called Brothers In Arms and all thing rock!", Jack says, "Hey all I'm so stoked about this coming Saturday with the Brothers In Arms live stream. Having Don and the killer cast of artists that made this album a dream and then some come true. Please tune in, get your tickets, and come up with some monstrous questions for the Q/A. Ask anything, will be a lot of fun, just a killer hang. See you all at 4 PM eastern, Brothers unite!"