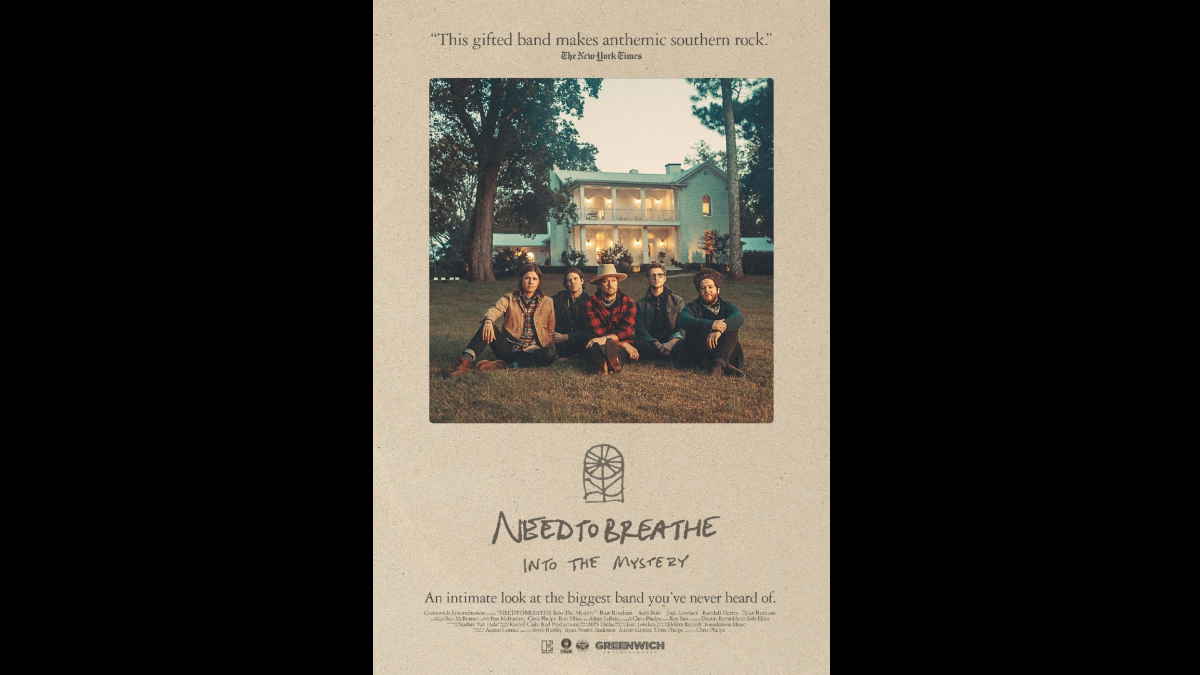 The new documentary, "NEEDTOBREATHE: Into The Mystery", is available on demand (including iTunes / Apple TV and Amazon Prime Video) starting today, following the nationwide screening in movie theaters earlier this month.

The intimate documentary chronicles the recording of the band's latest album, while quarantined in a historic house-turned-recording studio in remote Tennessee in fall of 2020. Here is the official synopsis:

At the height of the COVID-19 pandemic and without telling a soul, the band decamped to a historic house-turned-recording studio in remote Tennessee to work on new music. Over three weeks, they resided under one roof and handcrafted an album reflective of the turbulent moment that may contain the most important music of the band's storied career. NEEDTOBREATHE: INTO THE MYSTERY offers a rare look at the collaboration of artists at the height of their creative powers who are struggling with the same fear and isolation that has affected everyone the last 20 months.

"We're big fans of music documentaries where you get to actually watch the artist creating in the space where the record is made," said NEEDTOBREATHE. "Getting to see an idea stretch and grow into a finished song is really inspiring, but we've never really let our fans see behind the curtain. Now people will get to pull up a chair and become a part of the process as we create our eighth studio album in an old house in the hills of Tennessee." Watch the trailer below: